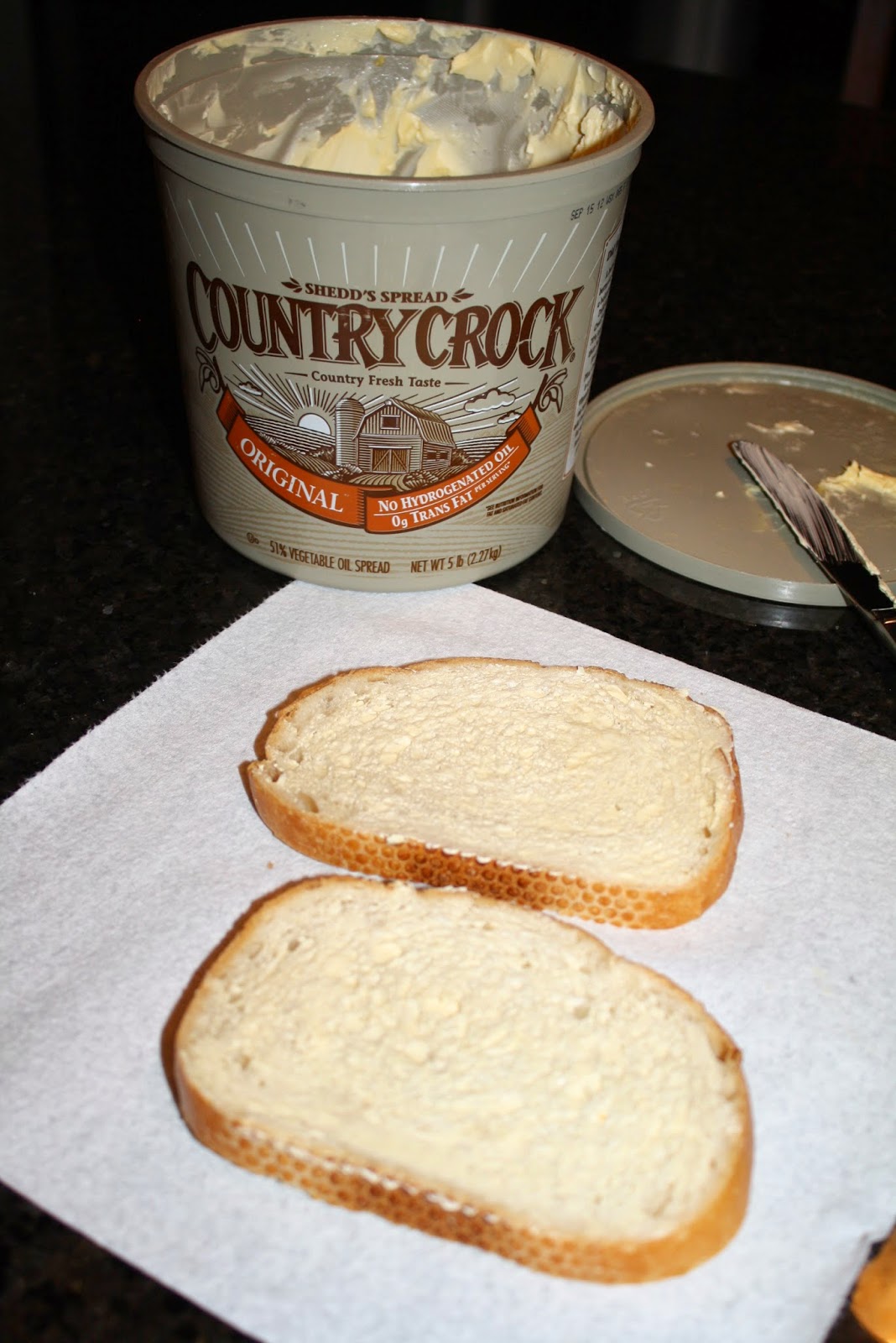 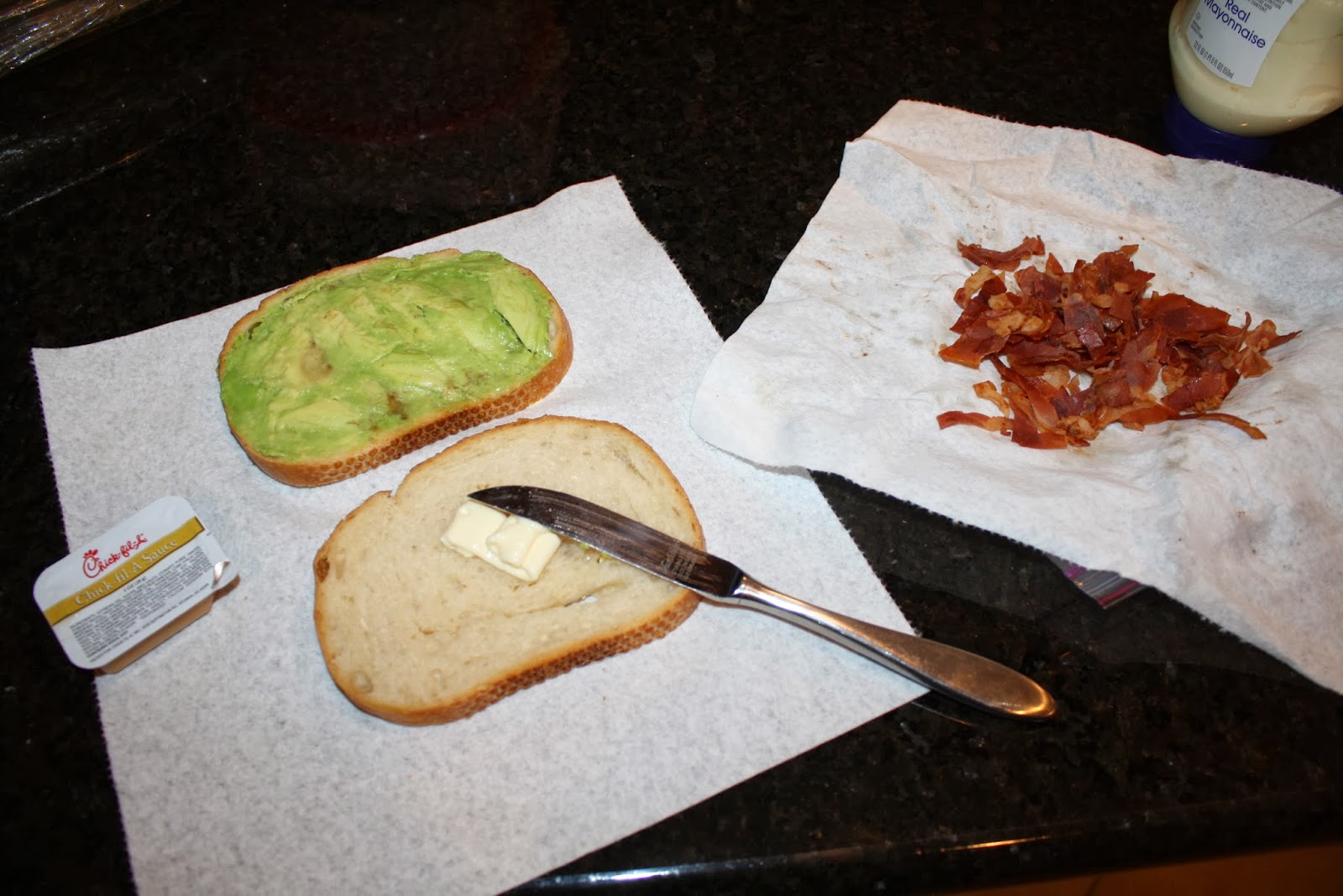 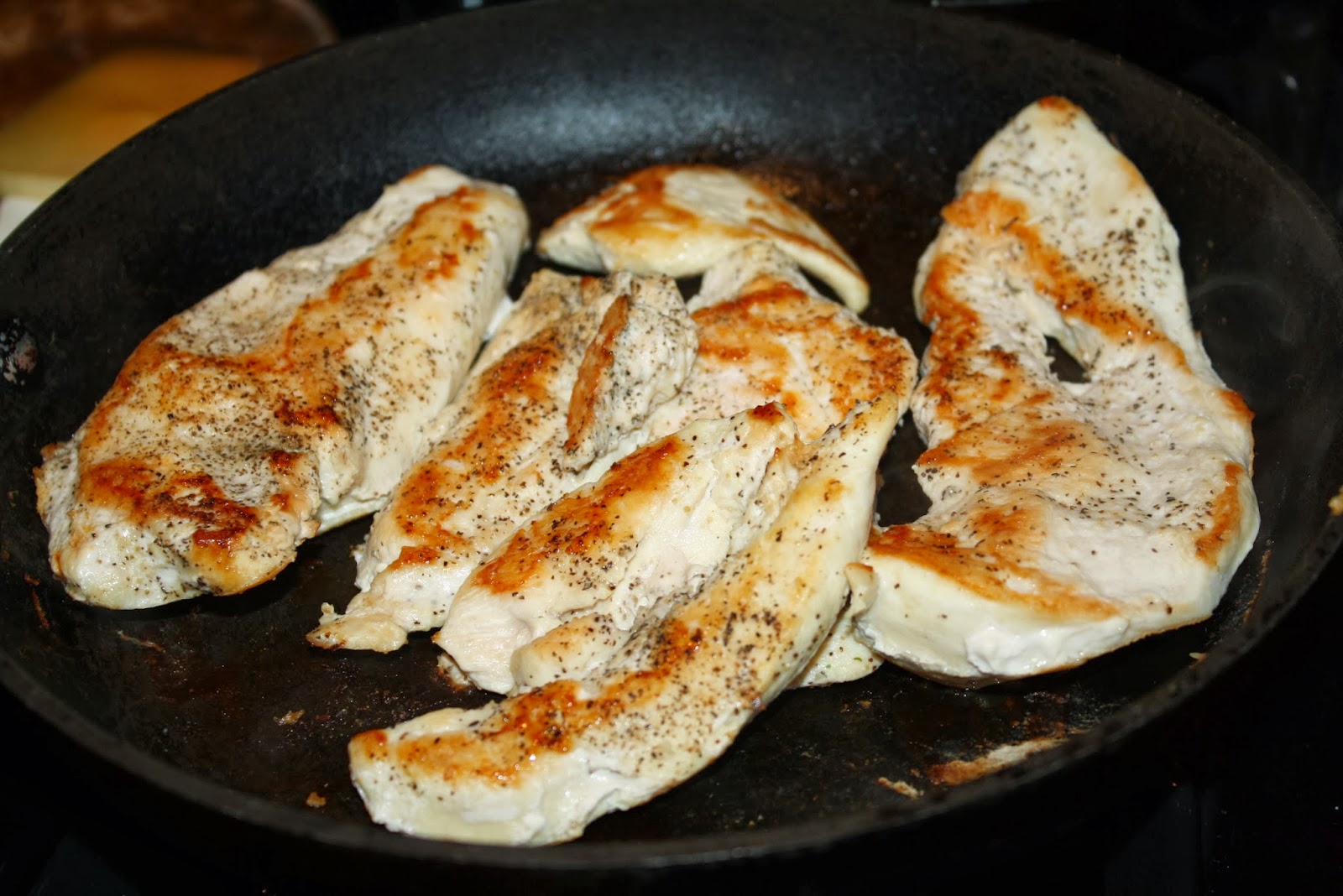 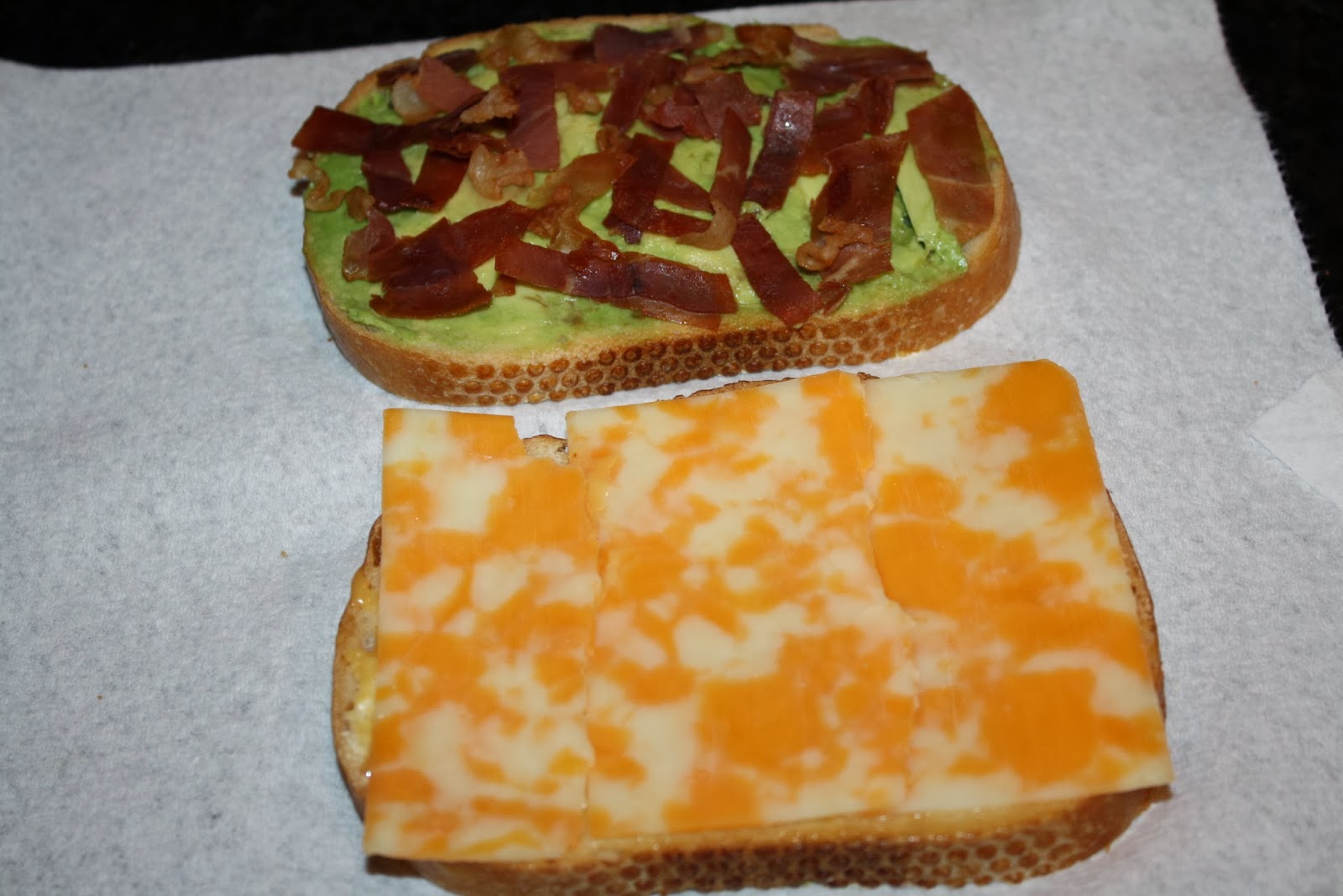 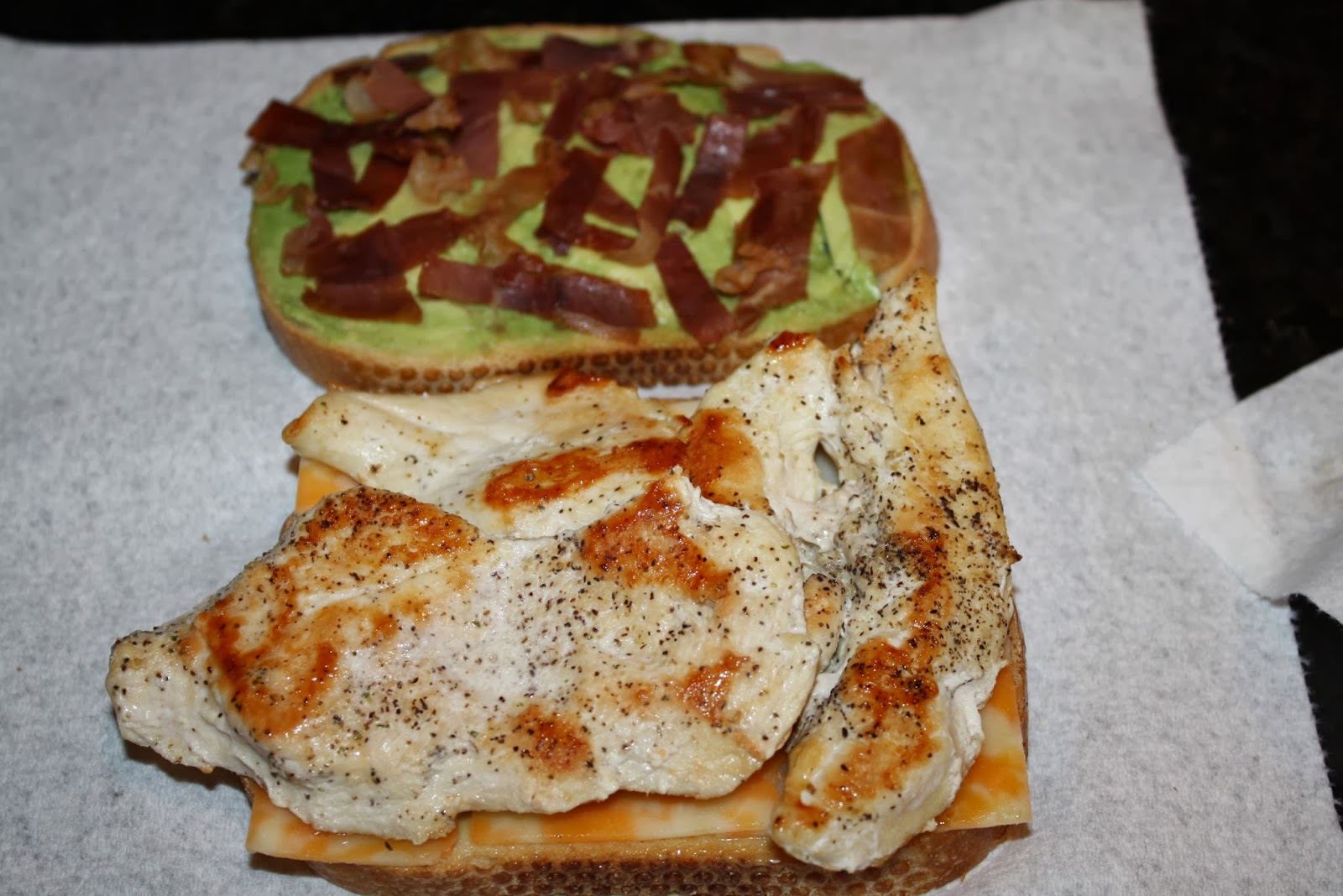 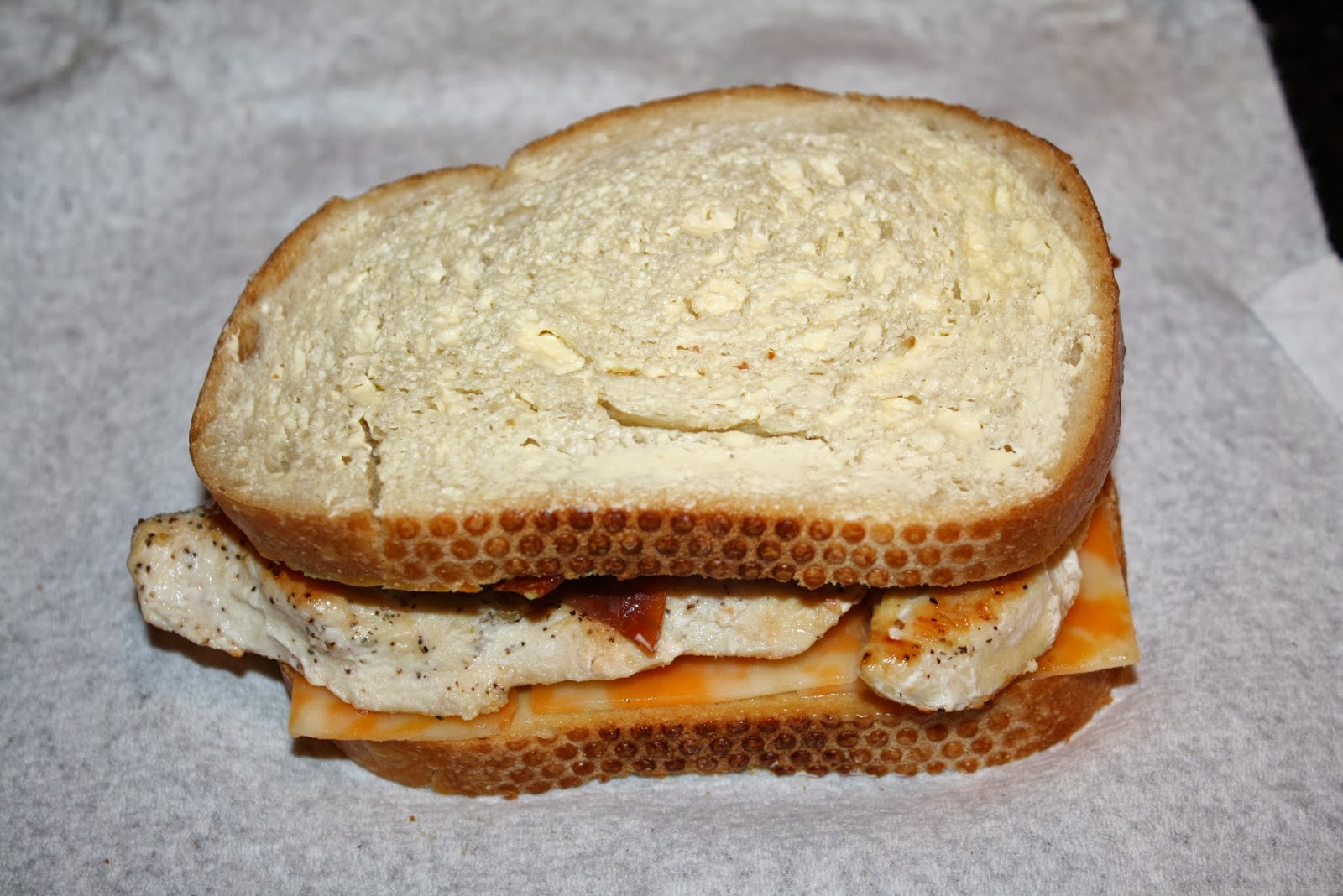 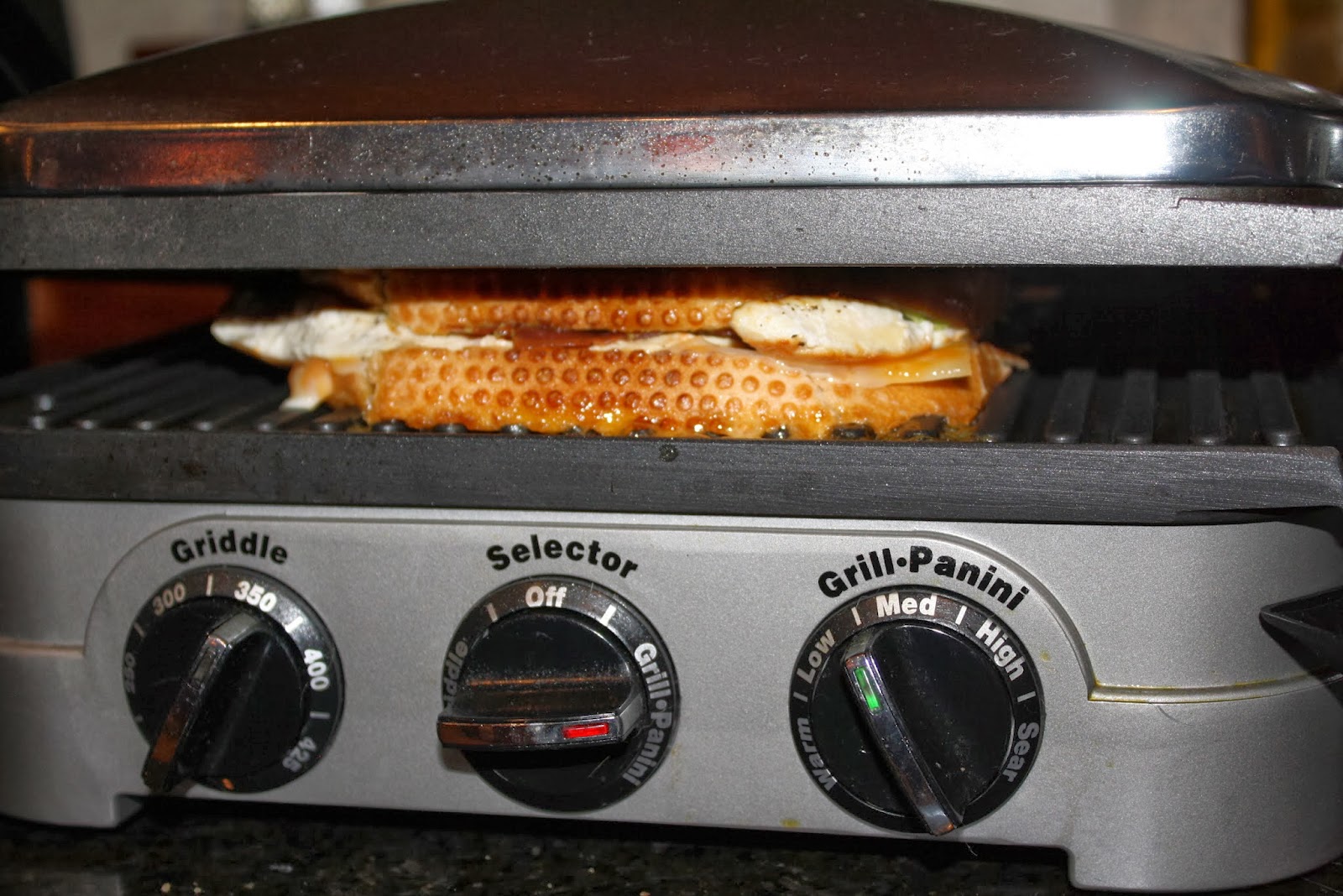 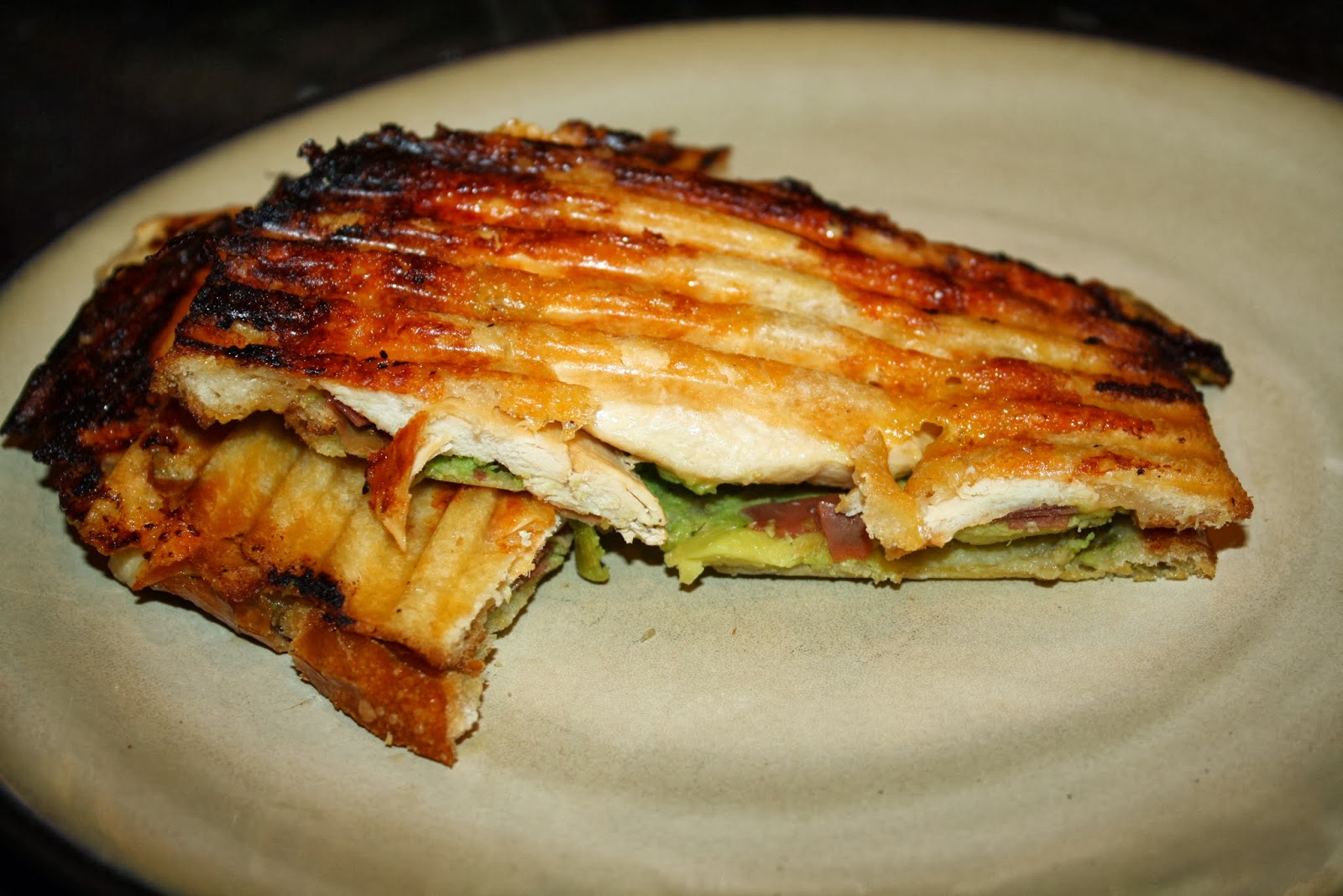 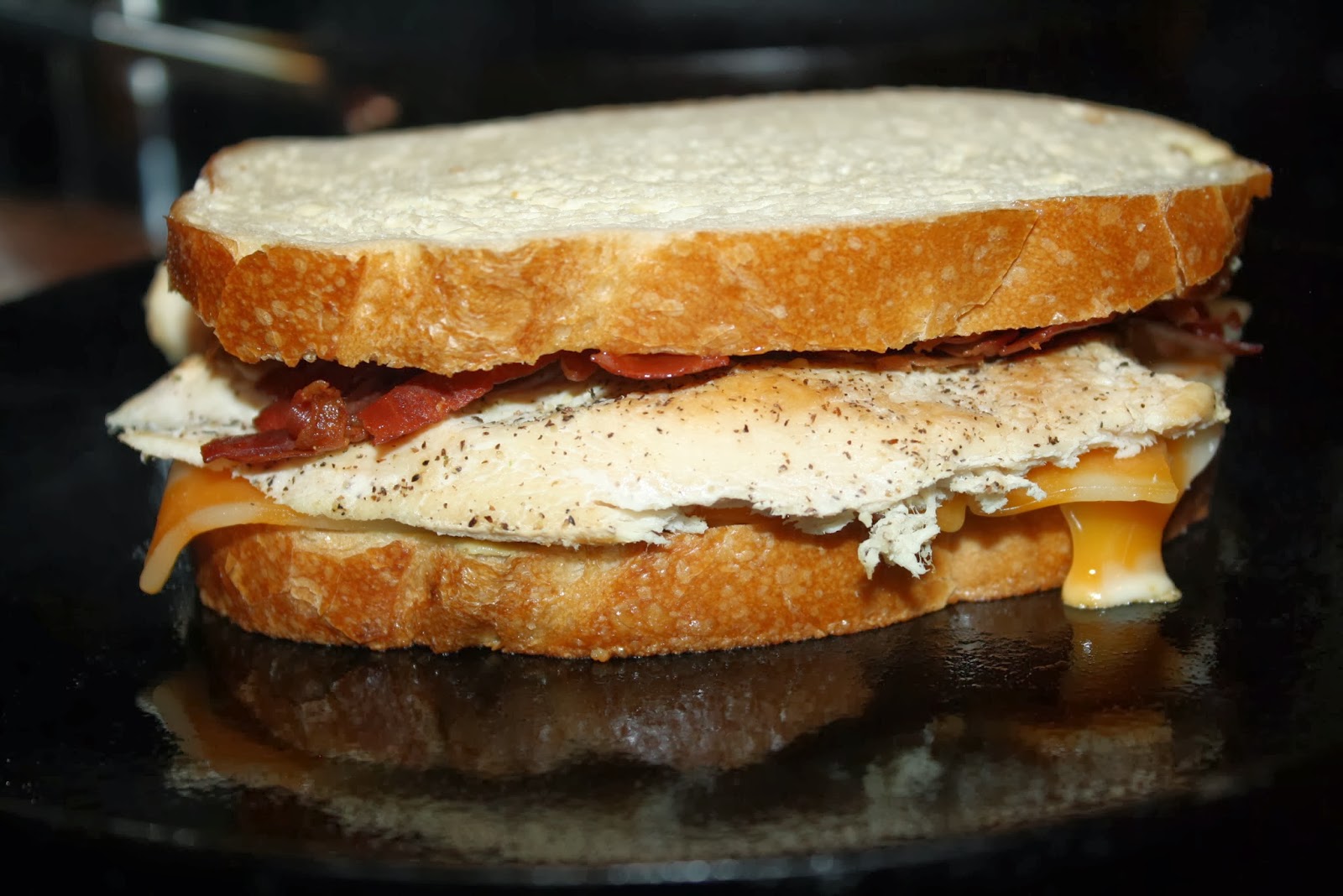 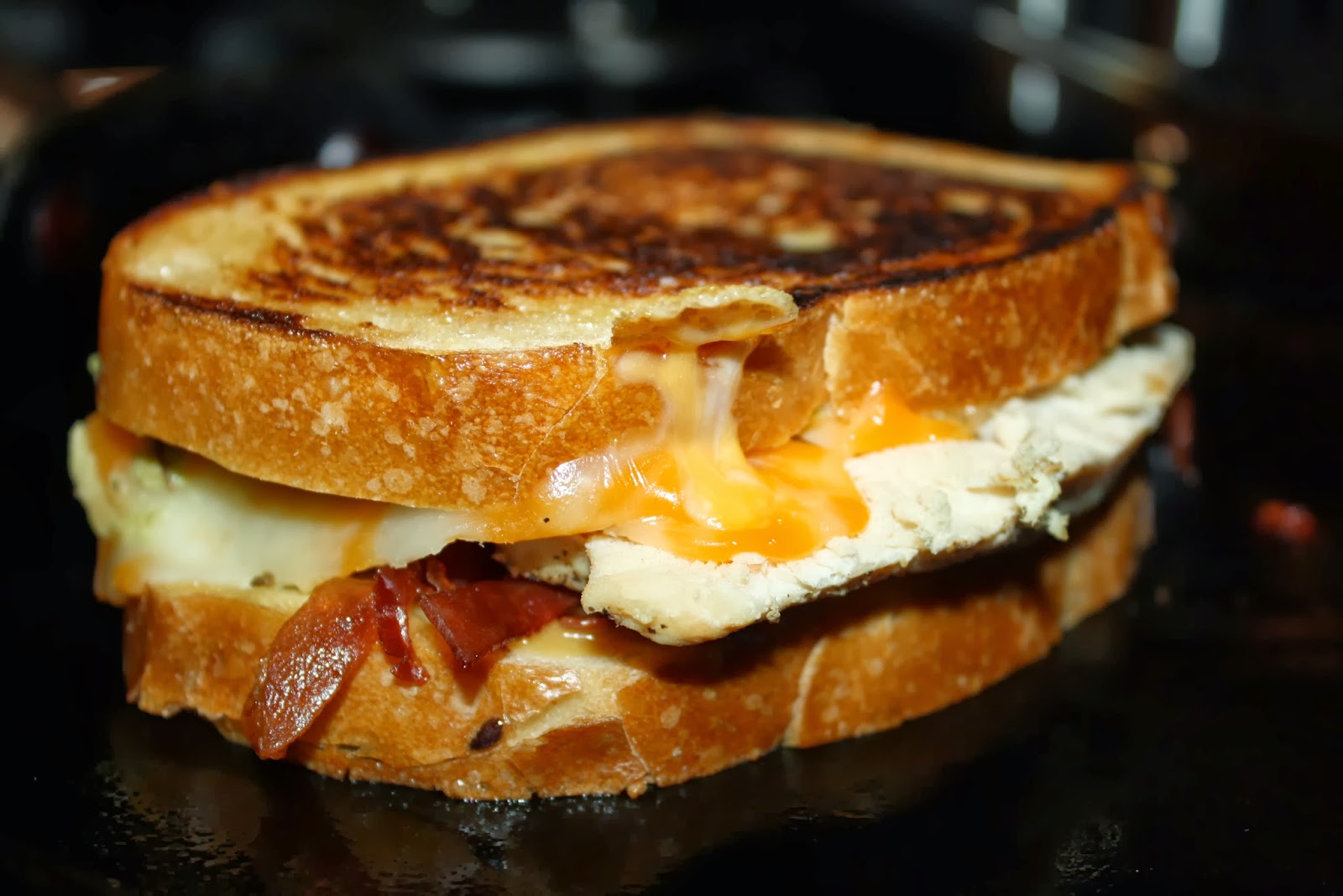 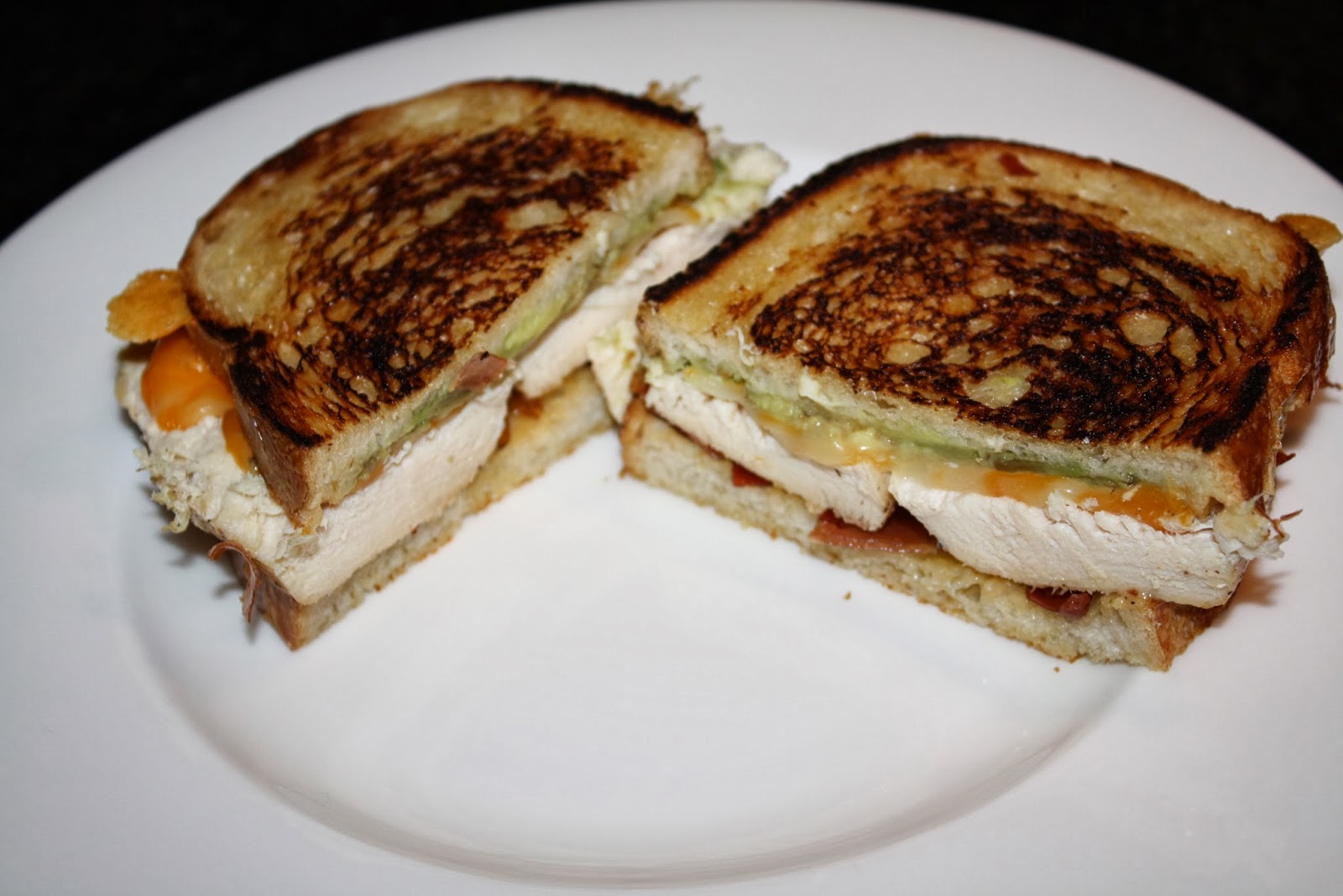 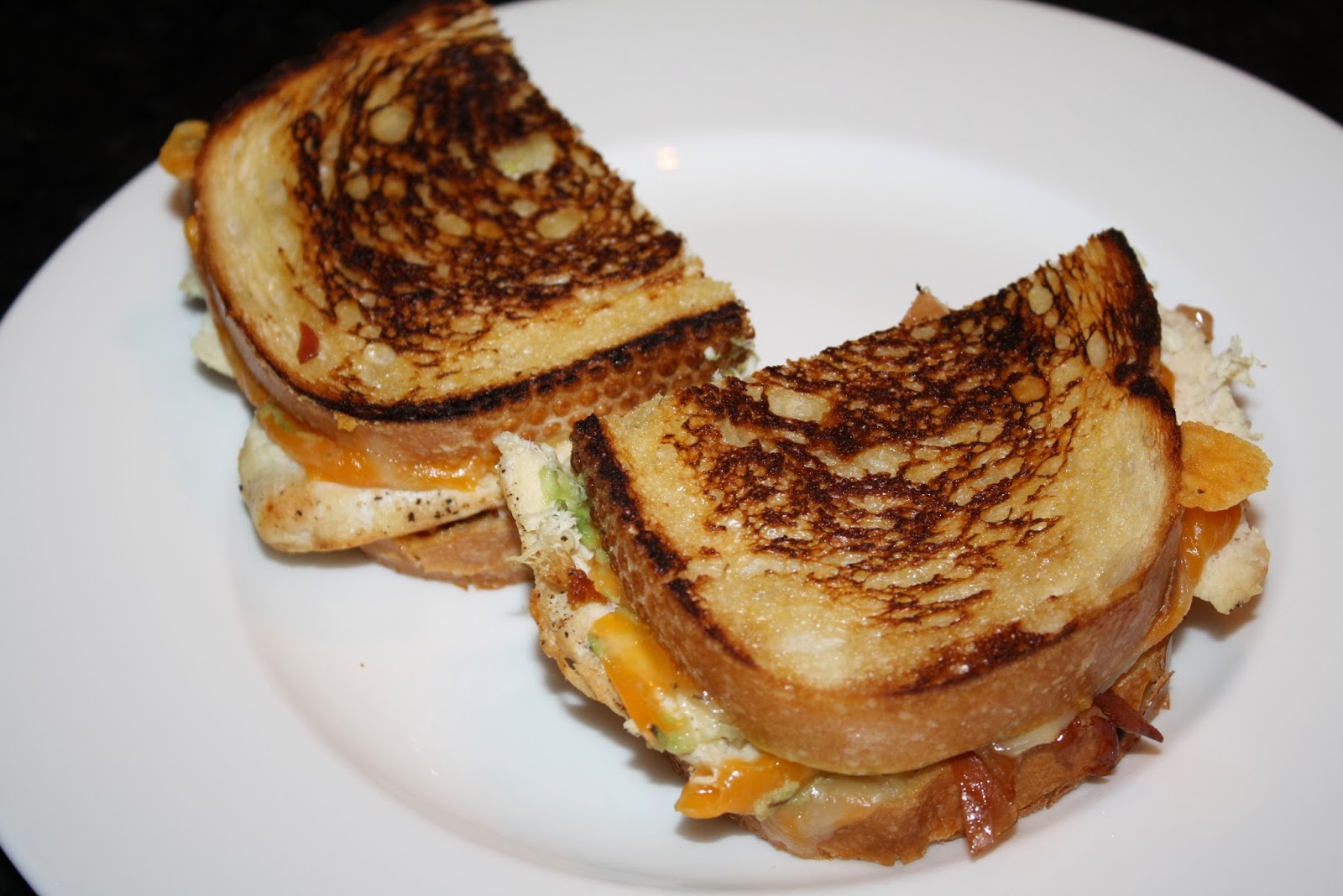 We had leftover imported prosciutto from a party and I wanted to come up with something creative to make with it. I made a crispy prosciutto and chicken pasta and then I thought about doing a grilled sandwich or Panini. My husband loves Chick-fil-A so I found one of his savory sauces in his special sauce drawer and thought it would be a perfect addition to this sandwich. And it was! He said Chick-fil-A has nothing on me. That’s my babe.
Feeds 2 adults
Ingredients:
1 tablespoon of extra virgin olive oil
½ cup crispy imported prosciutto, chopped
4 slices of sourdough bread
Butter, I use Country Crock for grilling bread
1 avocado
1 Chick-fil-A Sauce packet from Chick-filet restaurant (other alternatives: honey mustard, olive oil/red vinegar) use your imagination
2 breasts of chicken sliced in half length wise
2 tablespoons of mayonnaise
4 slices of Colby Jack cheese
Salt, pepper, and garlic powder to taste
Directions:
In a small pan with the olive oil, on medium-high heat throw in your chopped up prosciutto and cook until crispy. Lay the cooked prosciutto without the oil on top of a napkin to soak up the leftover oil
Cut the fat off your chicken and slice in half
Sprinkle both sides of the chicken lightly with salt, pepper, and garlic powder
In a large pan, on medium-high heat grill up your chicken breasts until browned on both sides
Butter one side of each slice of bread. We use sourdough from San Francisco because it is purely the most sour and delicious
On the opposite sides of the buttered bread, smash half an avocado into two of the slices and smear it onto the bread
On the opposite sides of the last two slices of buttered bread, smear mayonnaise and half of a Chick-fil-A sauce packet onto each slice of bread
On top of the mayo/Chick-fil-A two slices of bread, lay down two slices of cheese on each and then place 2 small skinny grilled chicken breasts on top of the cheese
On top of the avocado two slices of bread, add about ¼ cup of crispy prosciutto
You are ready to combine the slices of bread
Take your chicken and cheese slice and flop it onto the avocado/prosciutto slice of bread
In a large cast iron skillet or in a Panini press, on medium-high heat put the chicken/cheese side down in the griddle first. This way you see the cheese melt first
After you see a nice crispy brownness on the first side, flip them over to finish browning the opposite side
Cut your sandwiches in half and serve with your favorite side dish or all by itself!
Chick-fil-A:
http://www.chick-fil-a.com/