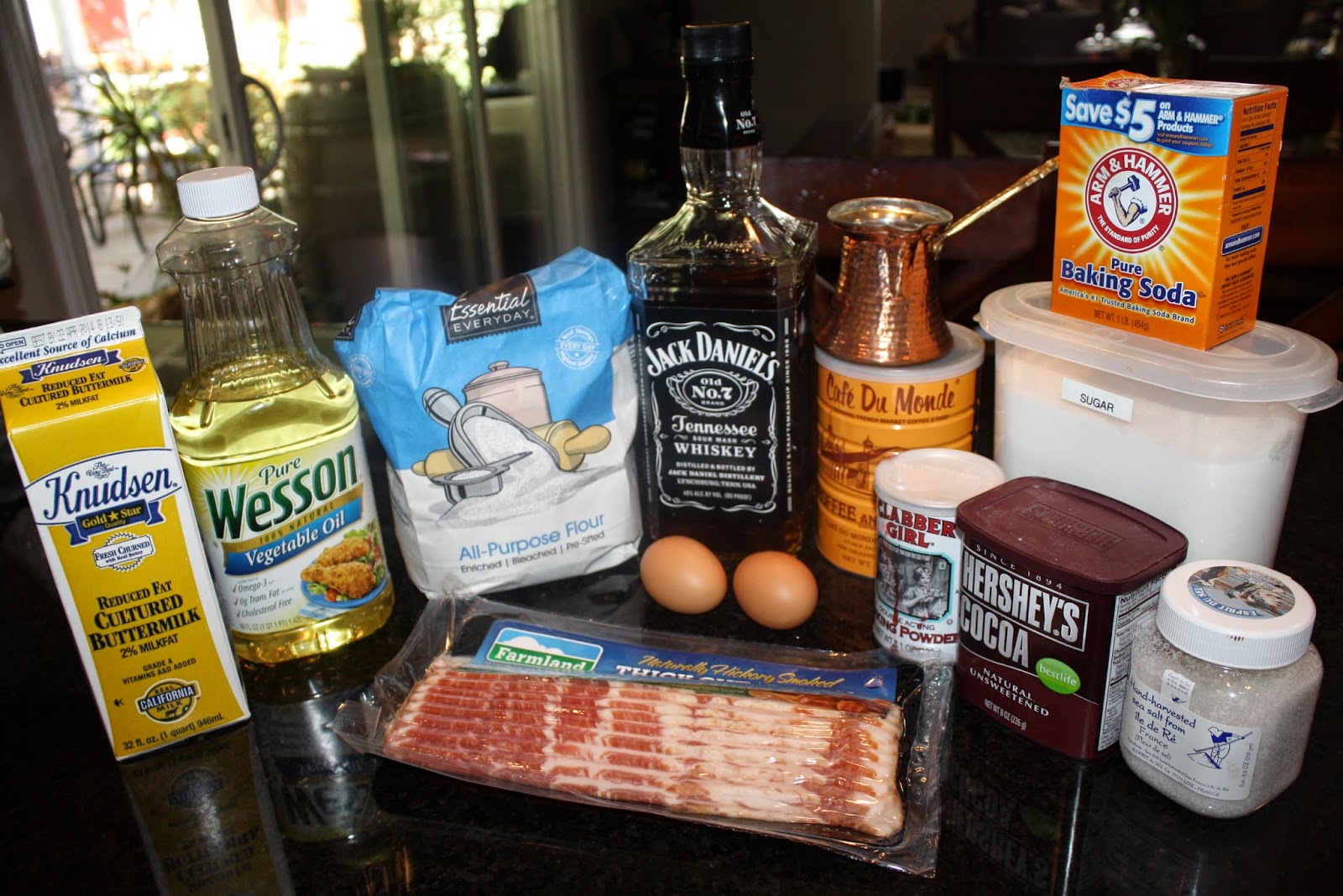 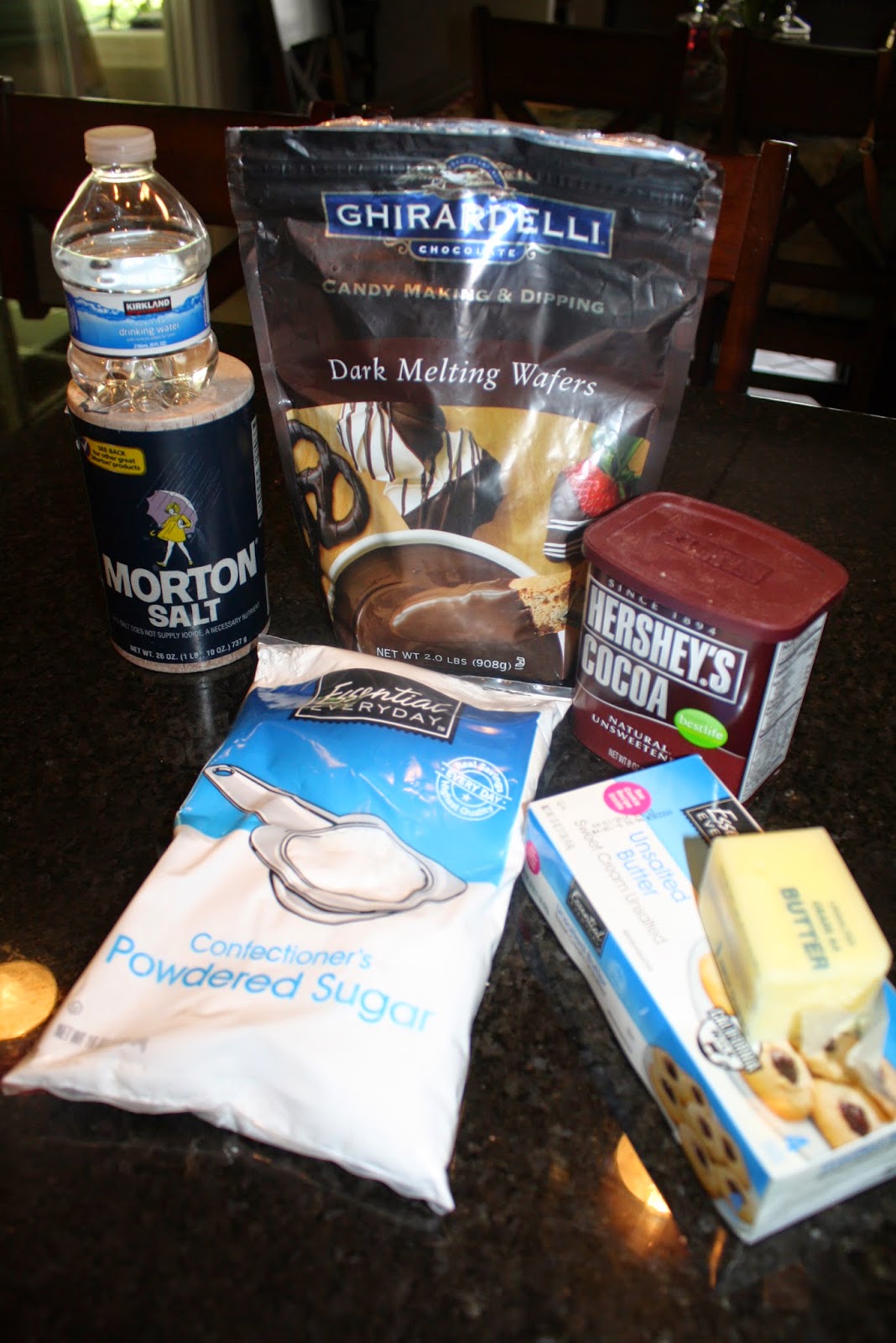 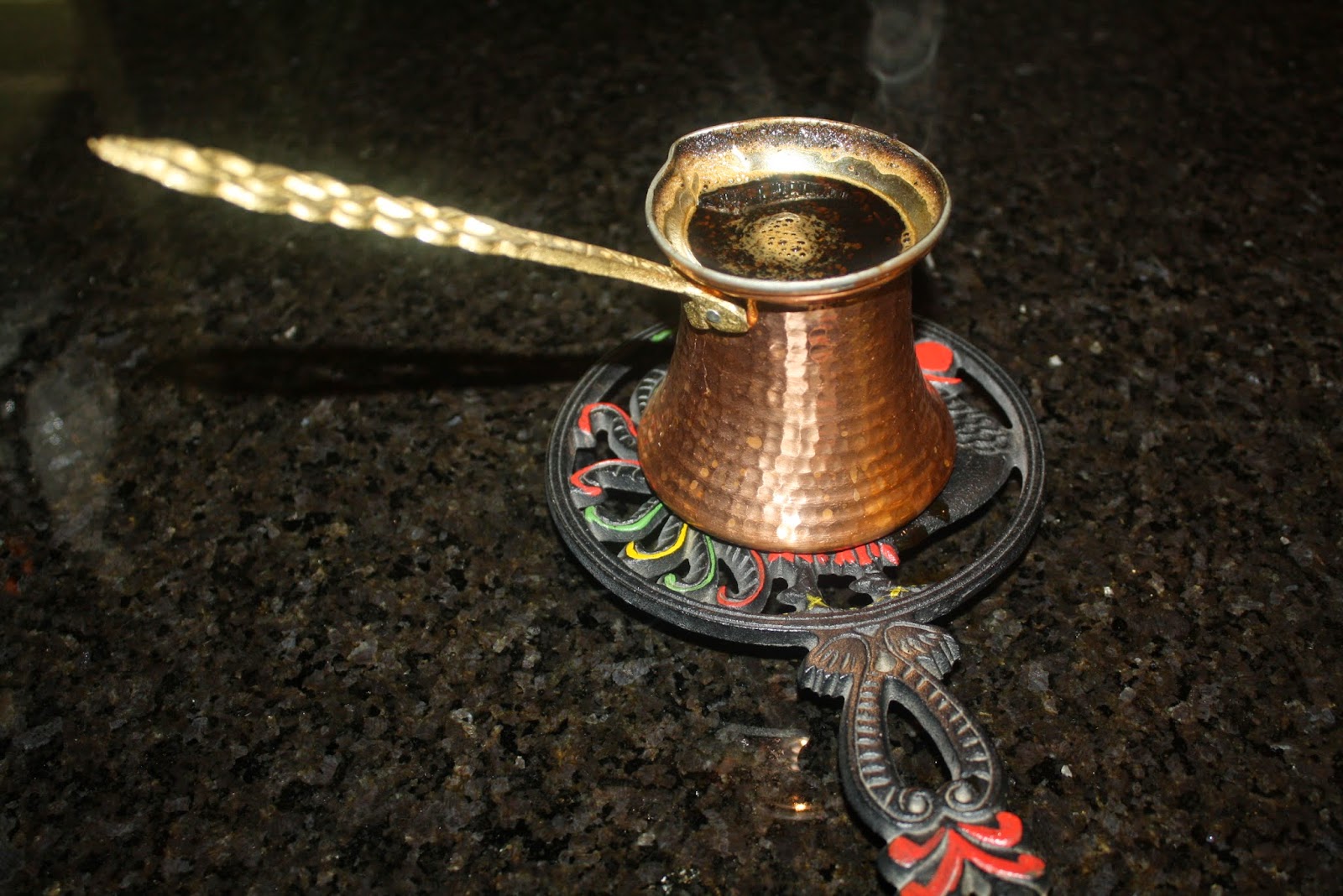 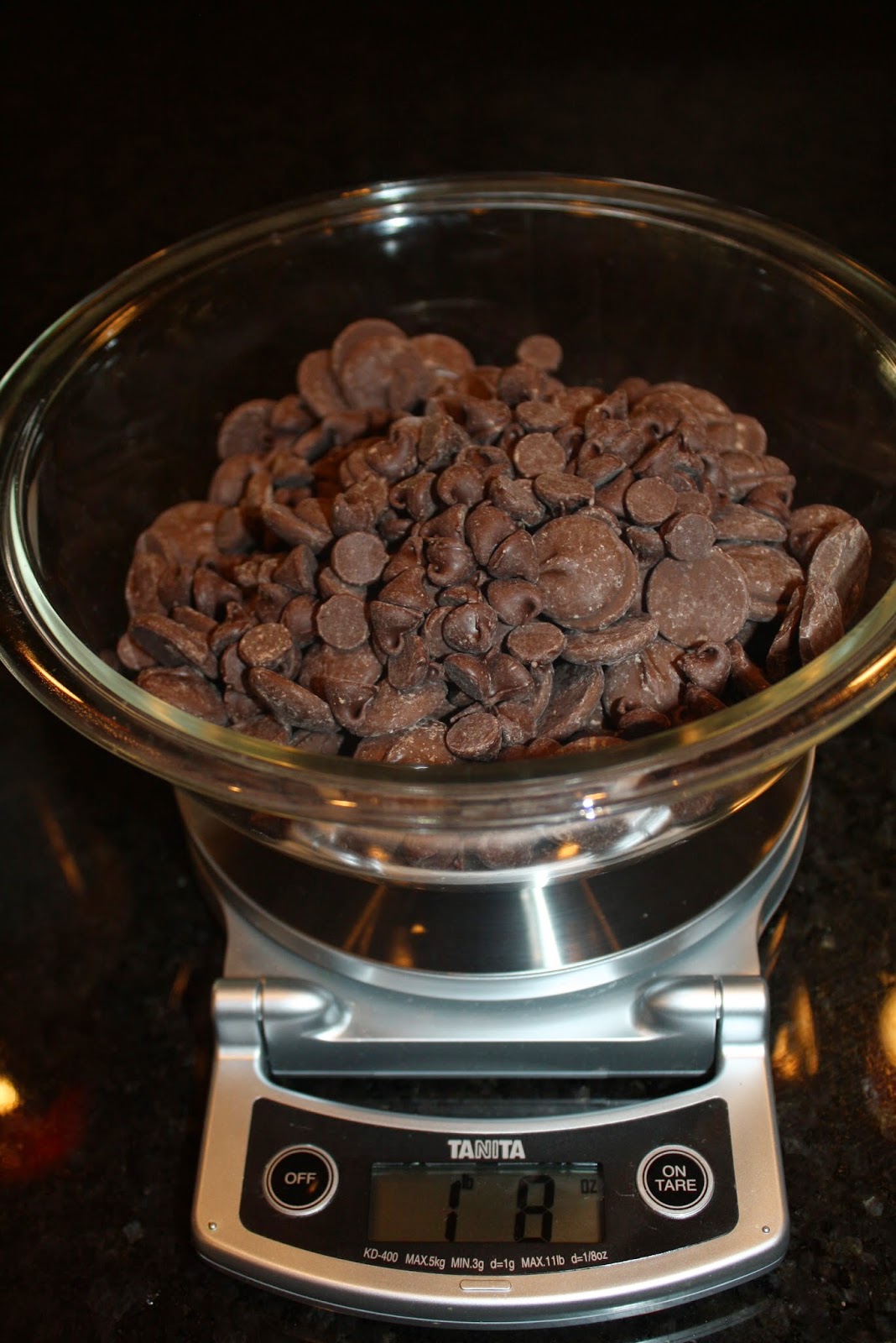 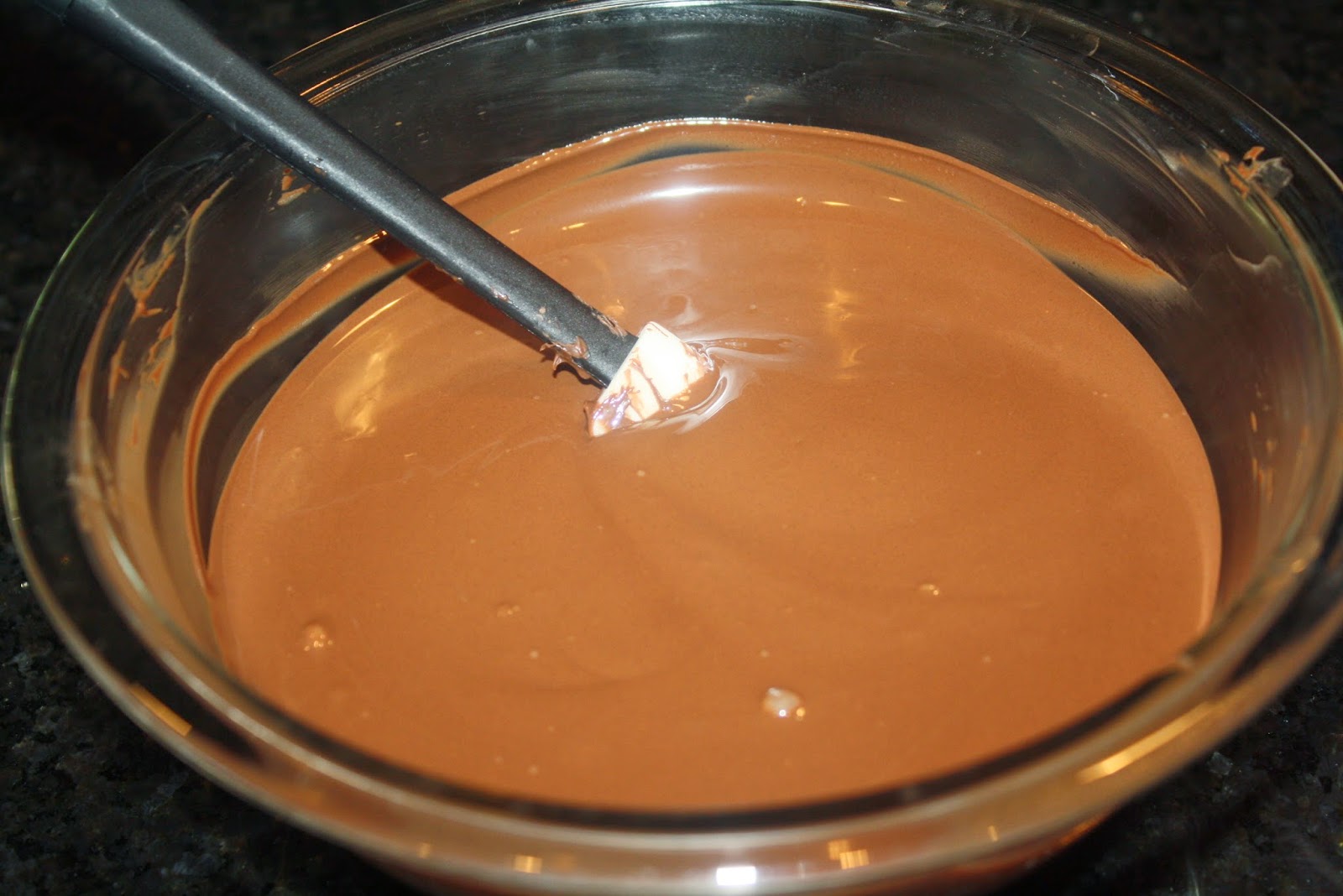 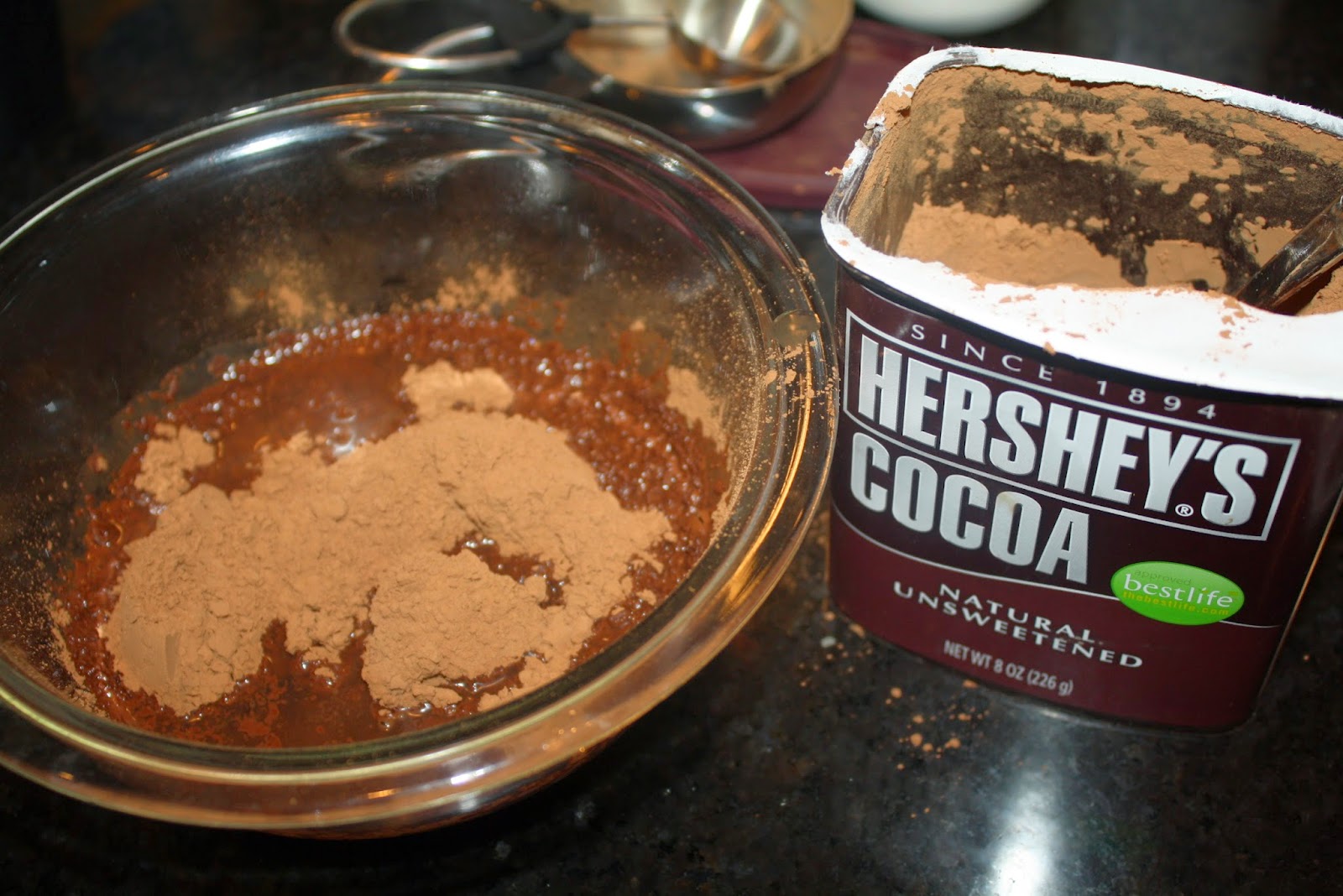 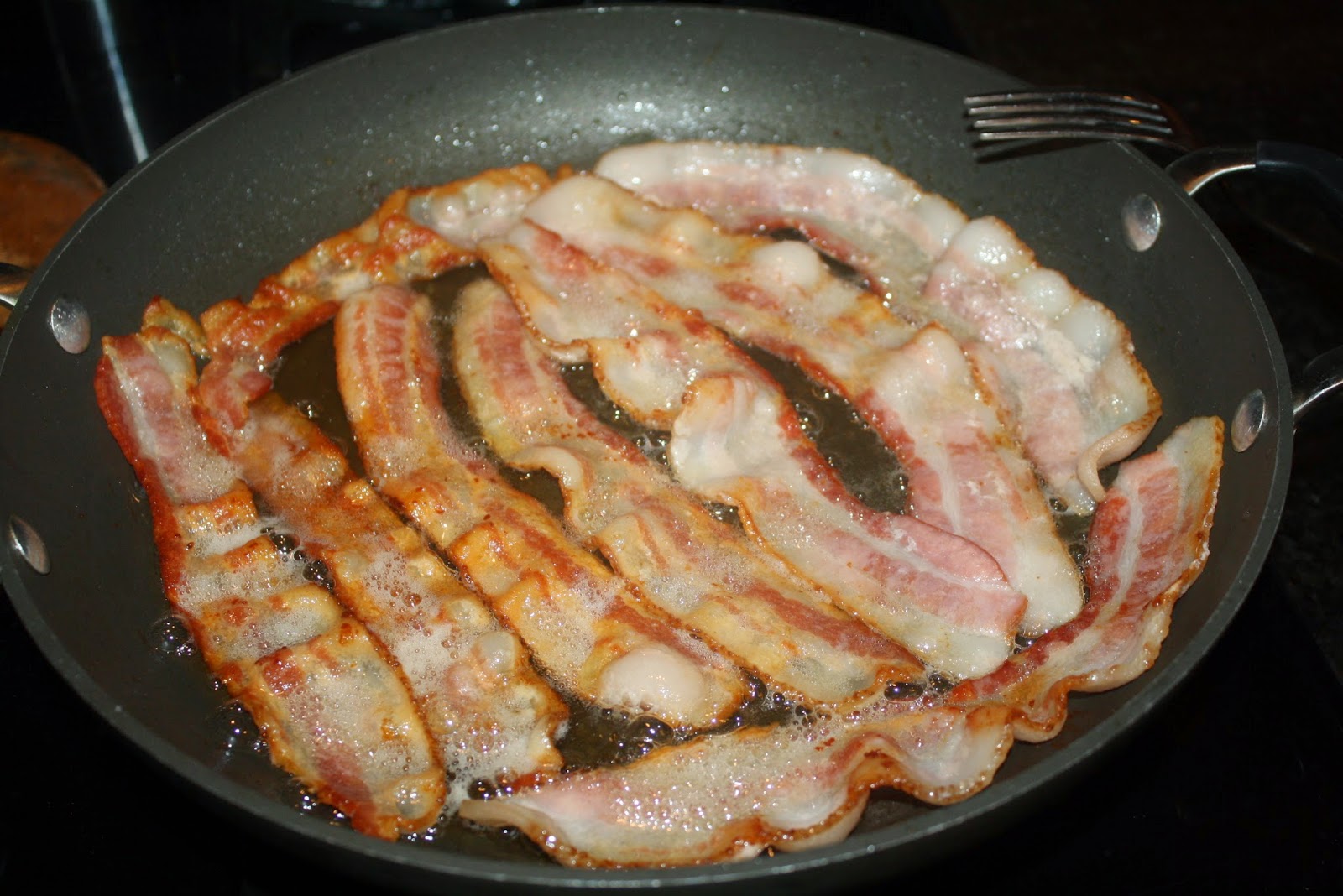 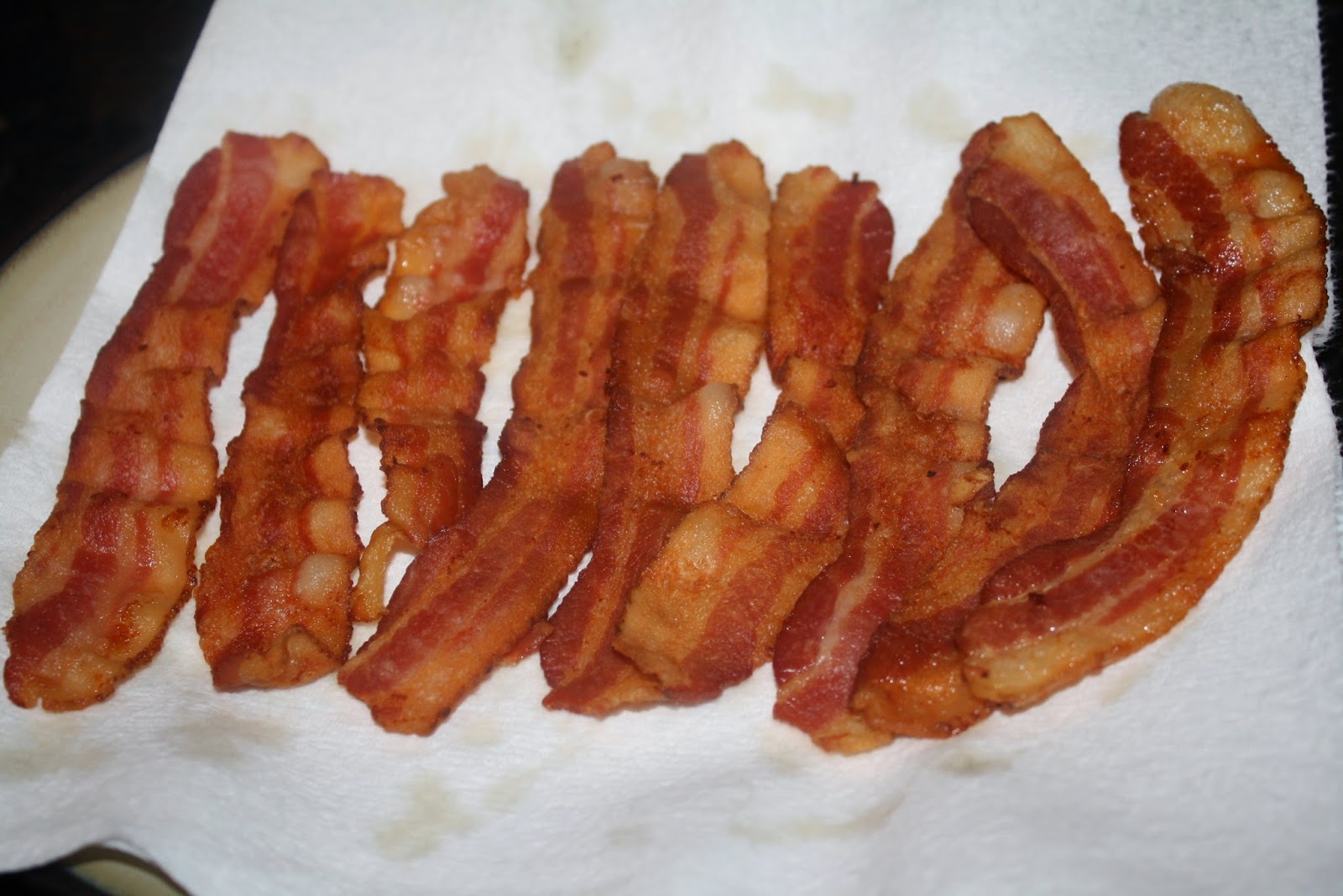 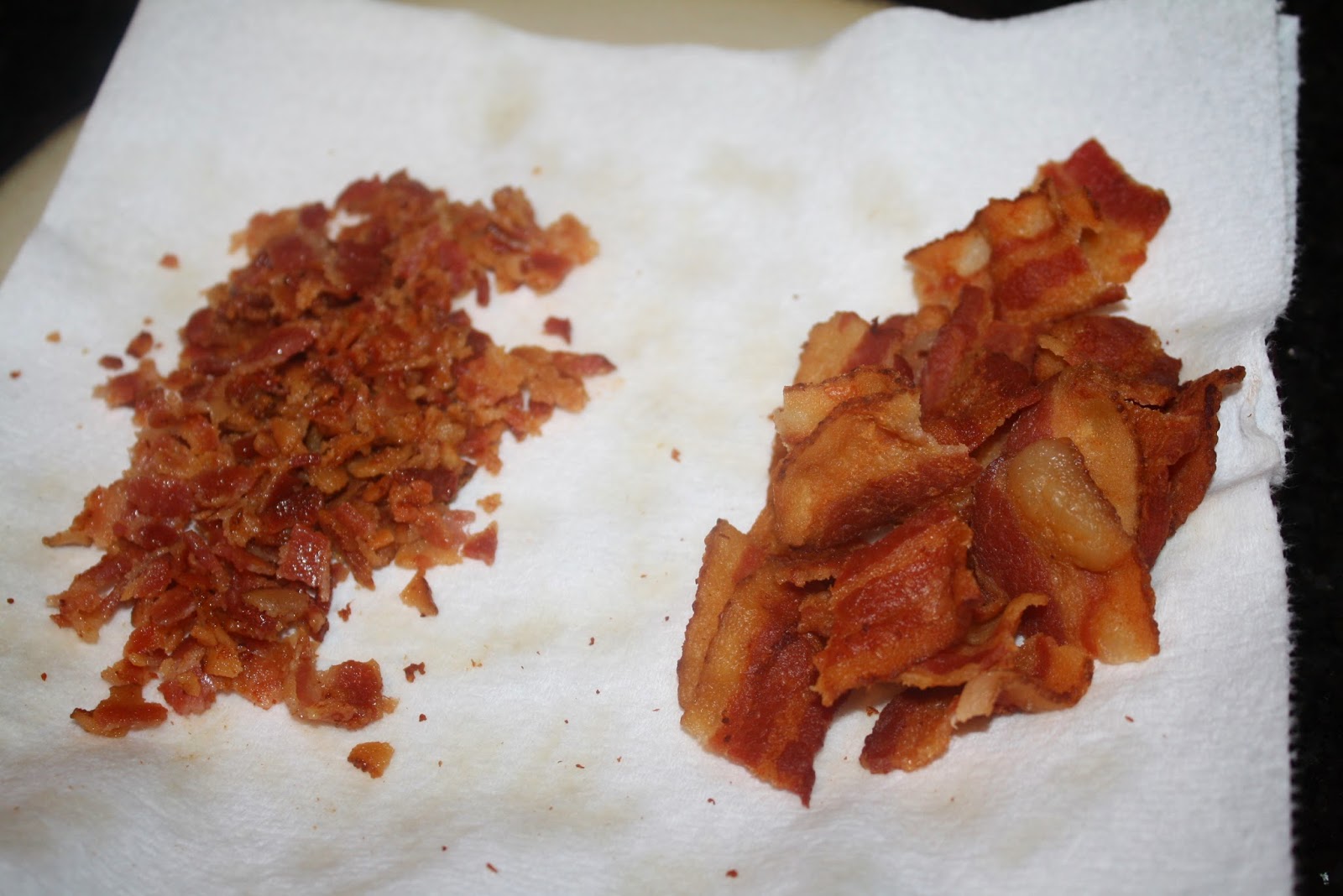 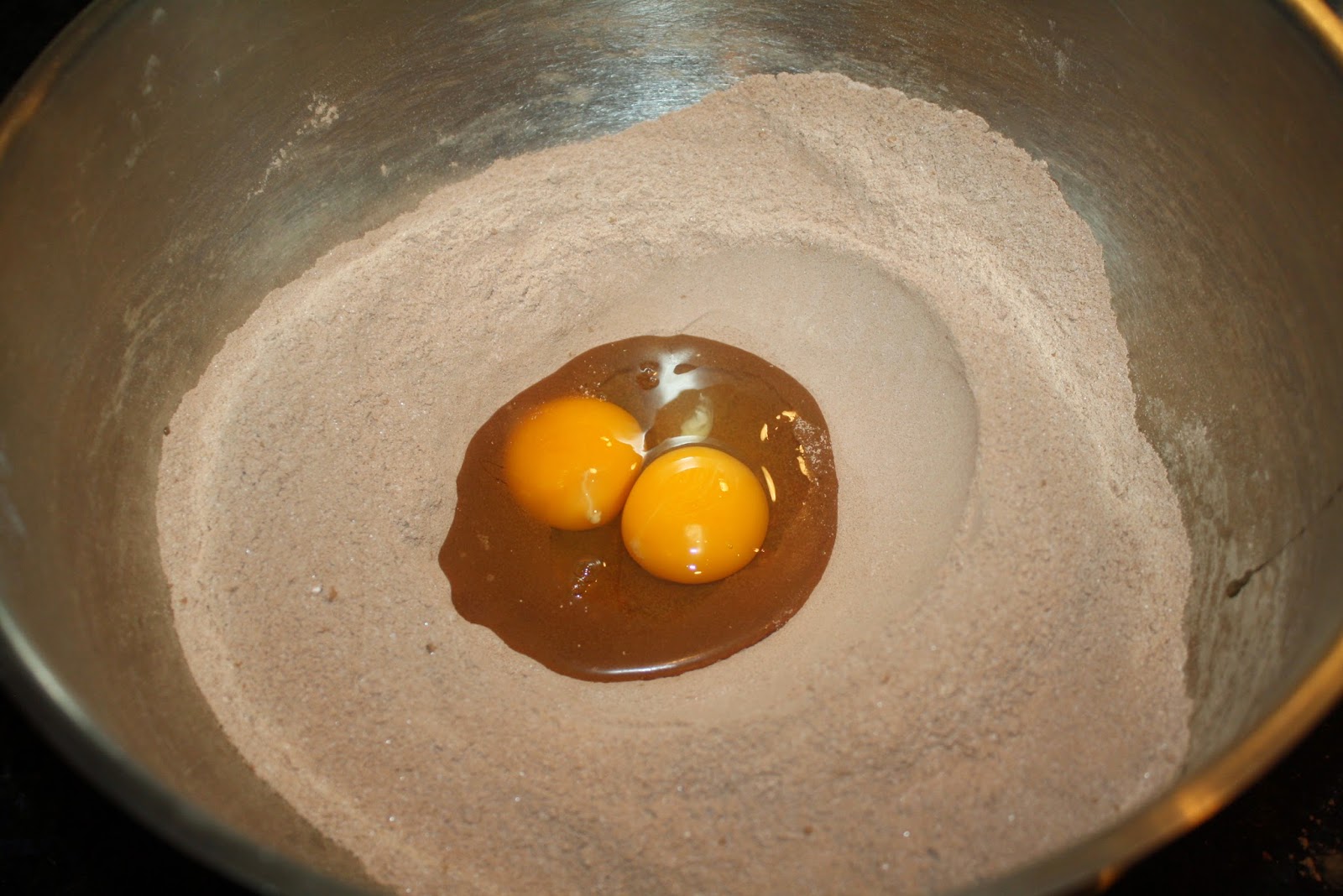 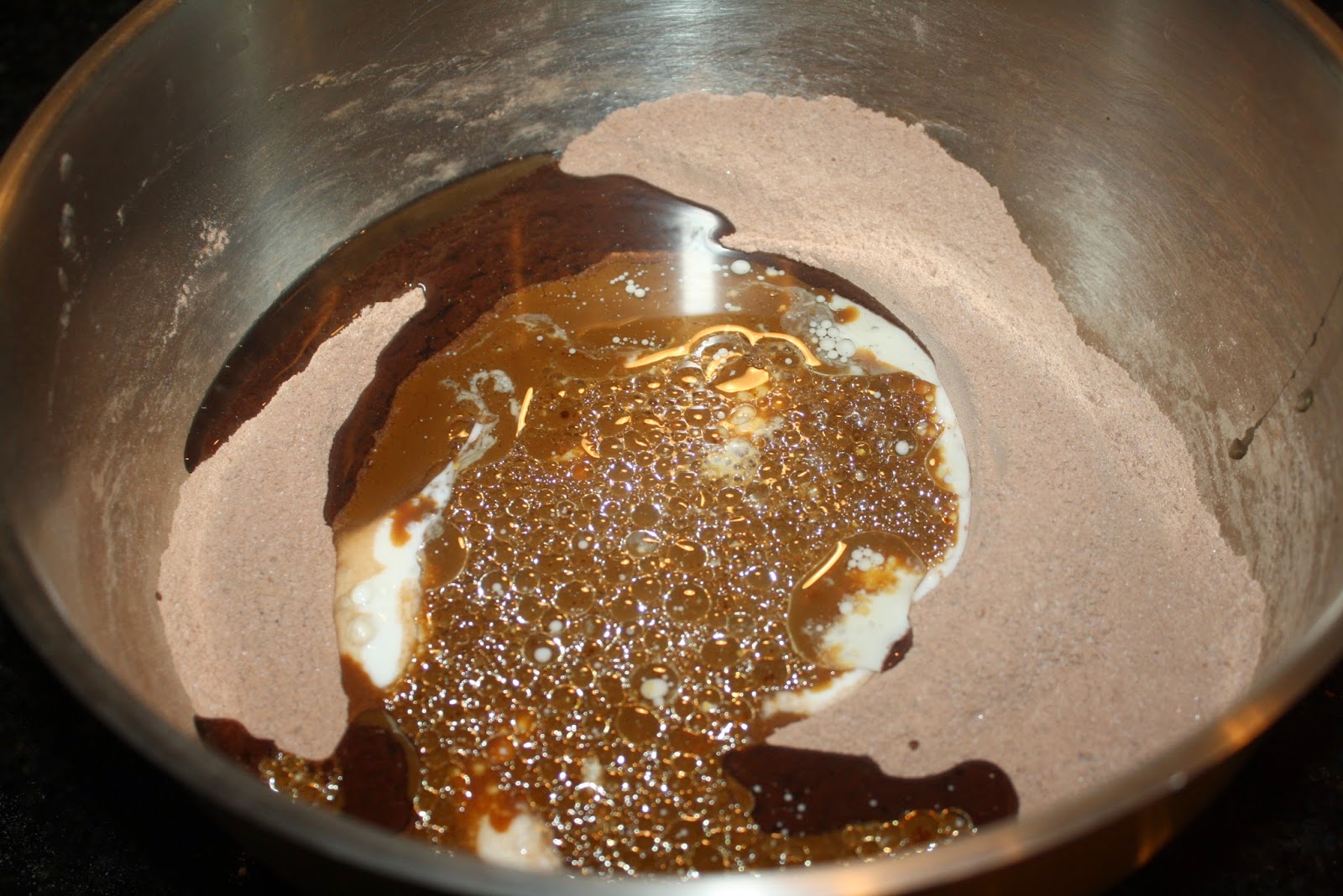 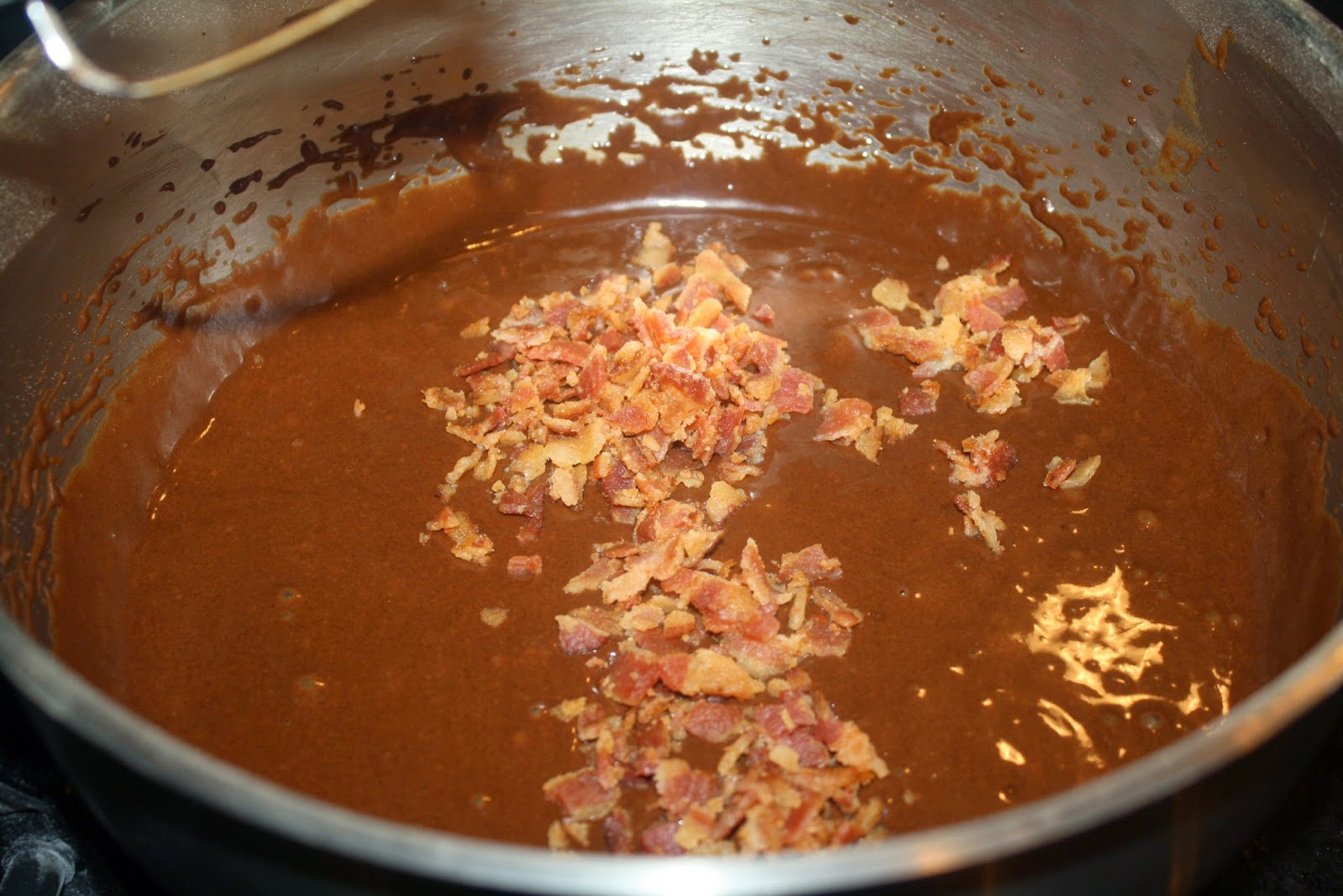 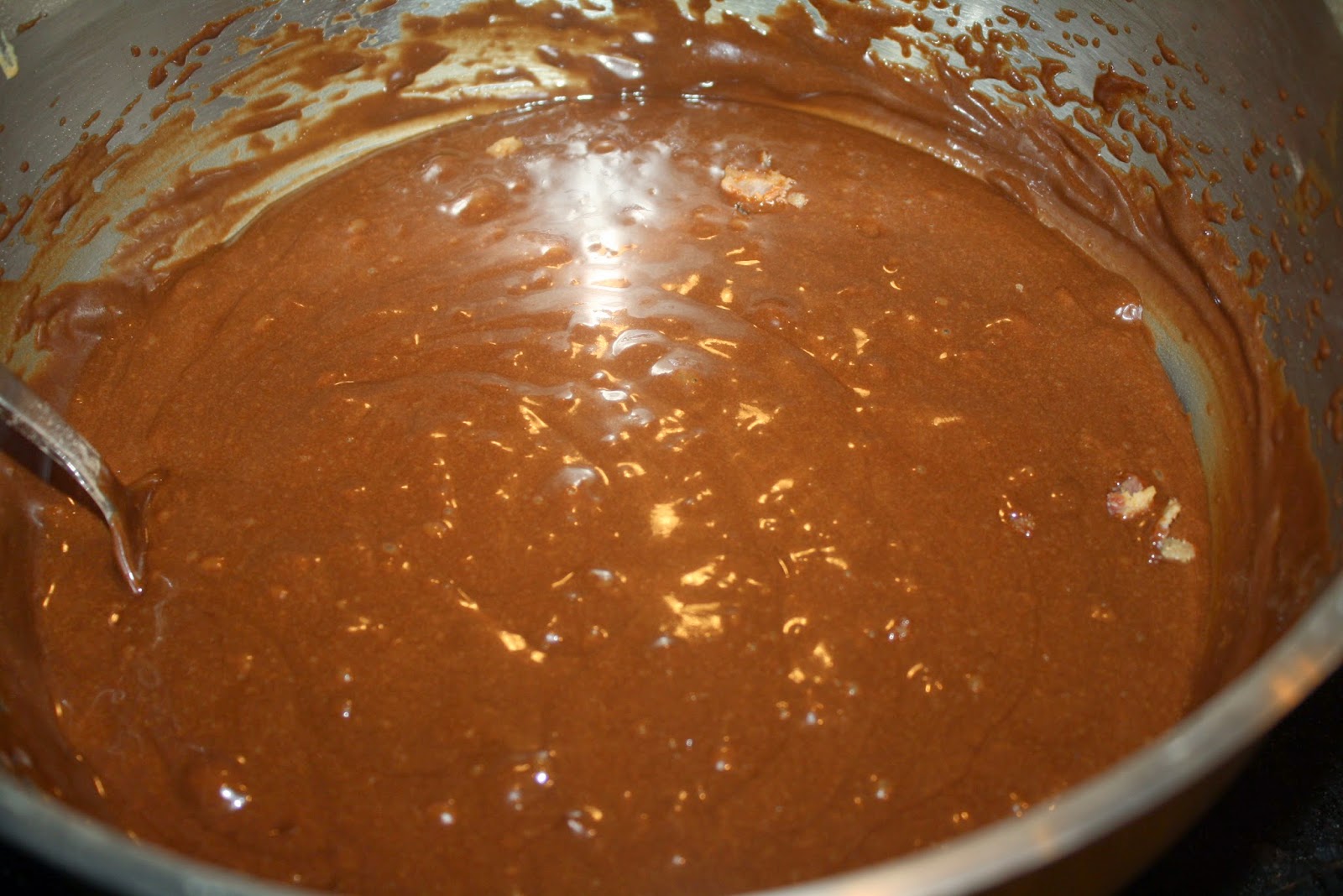 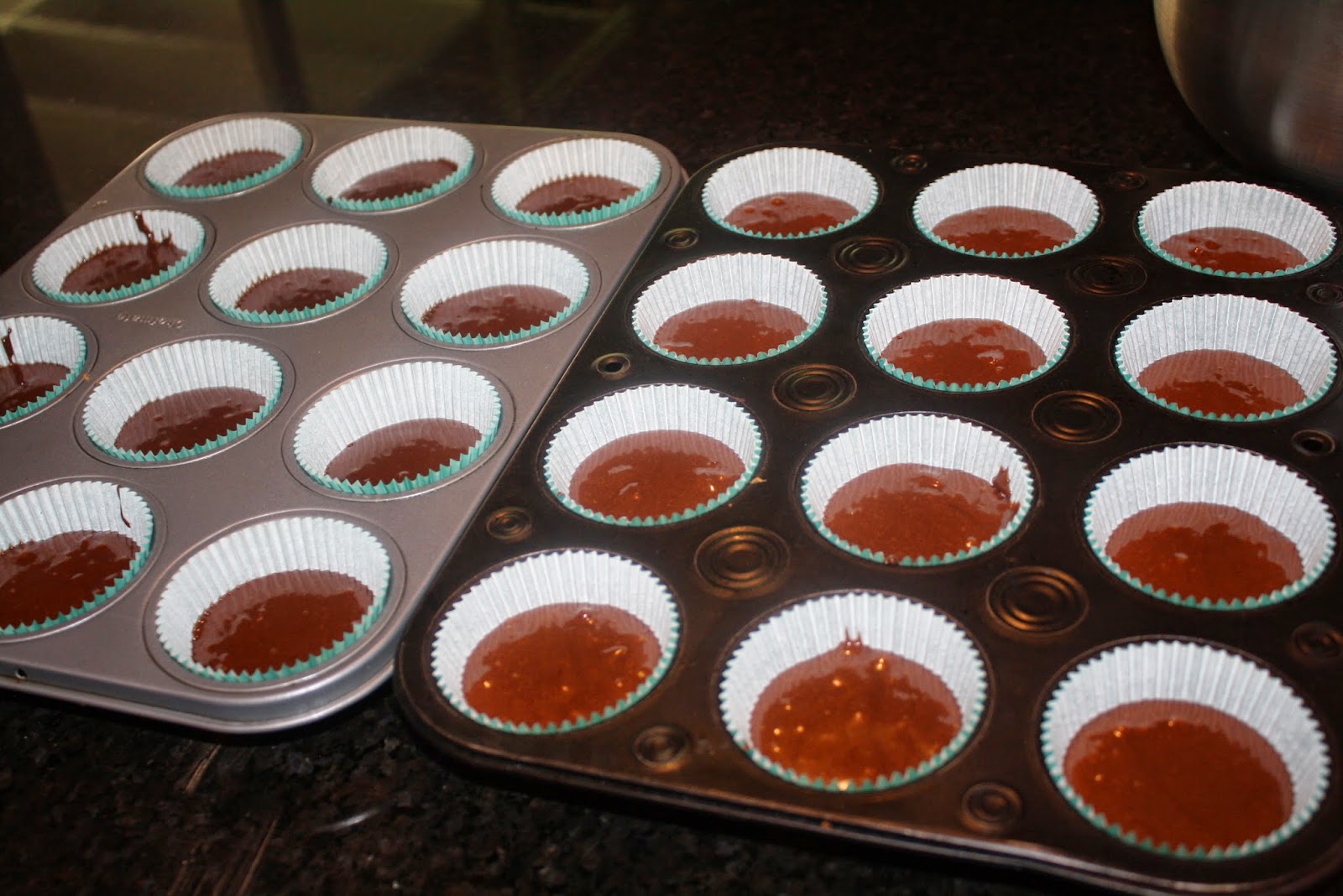 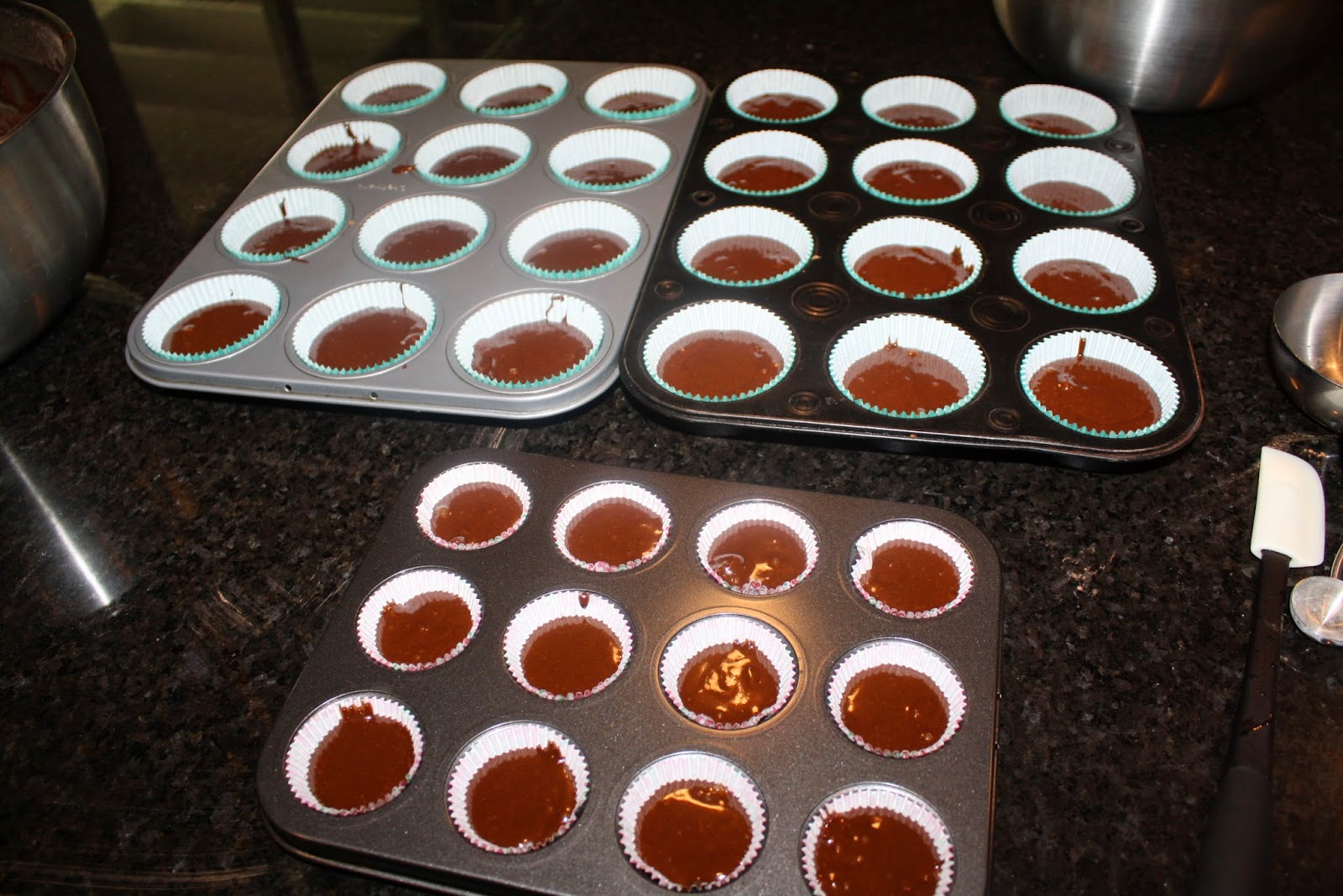 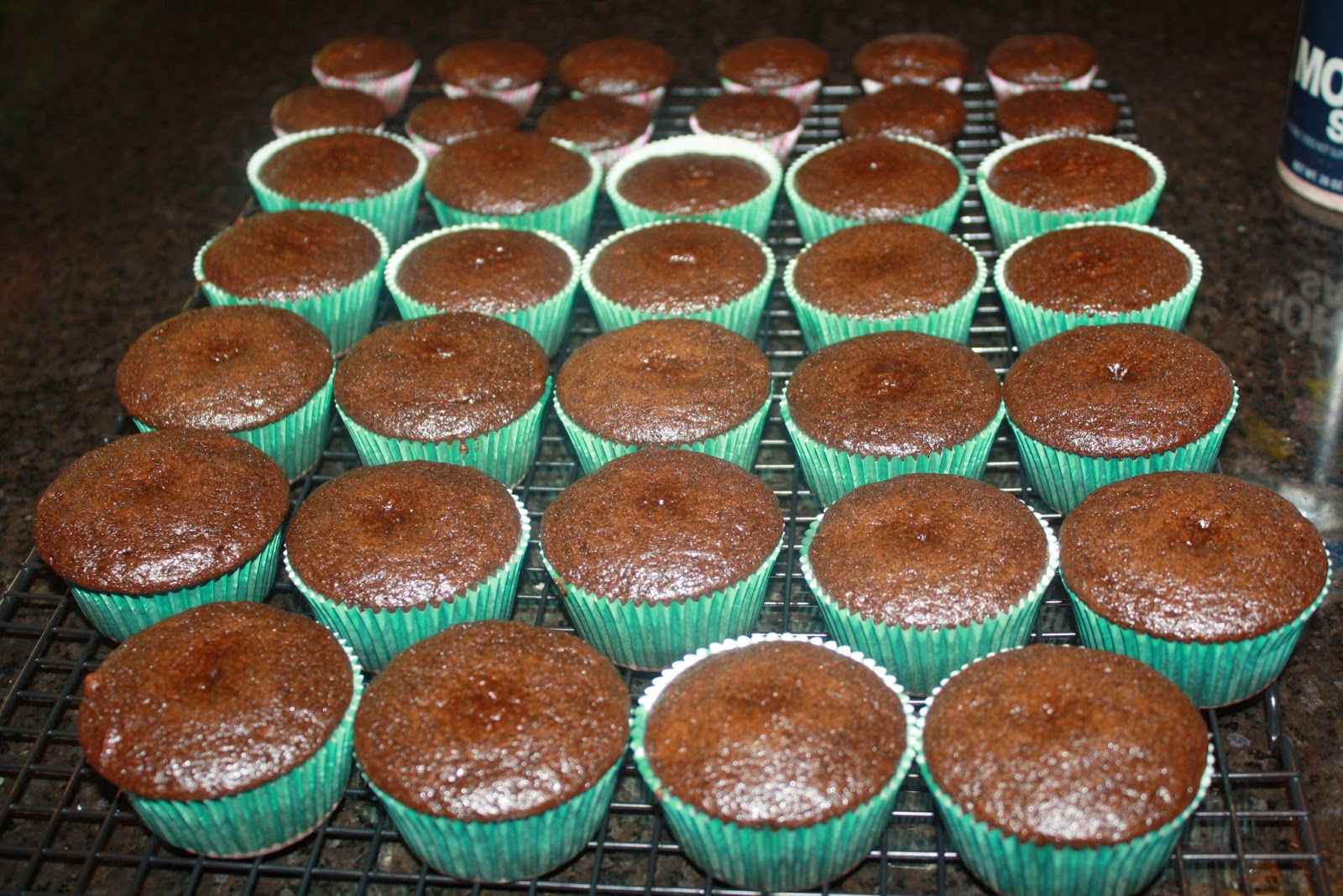 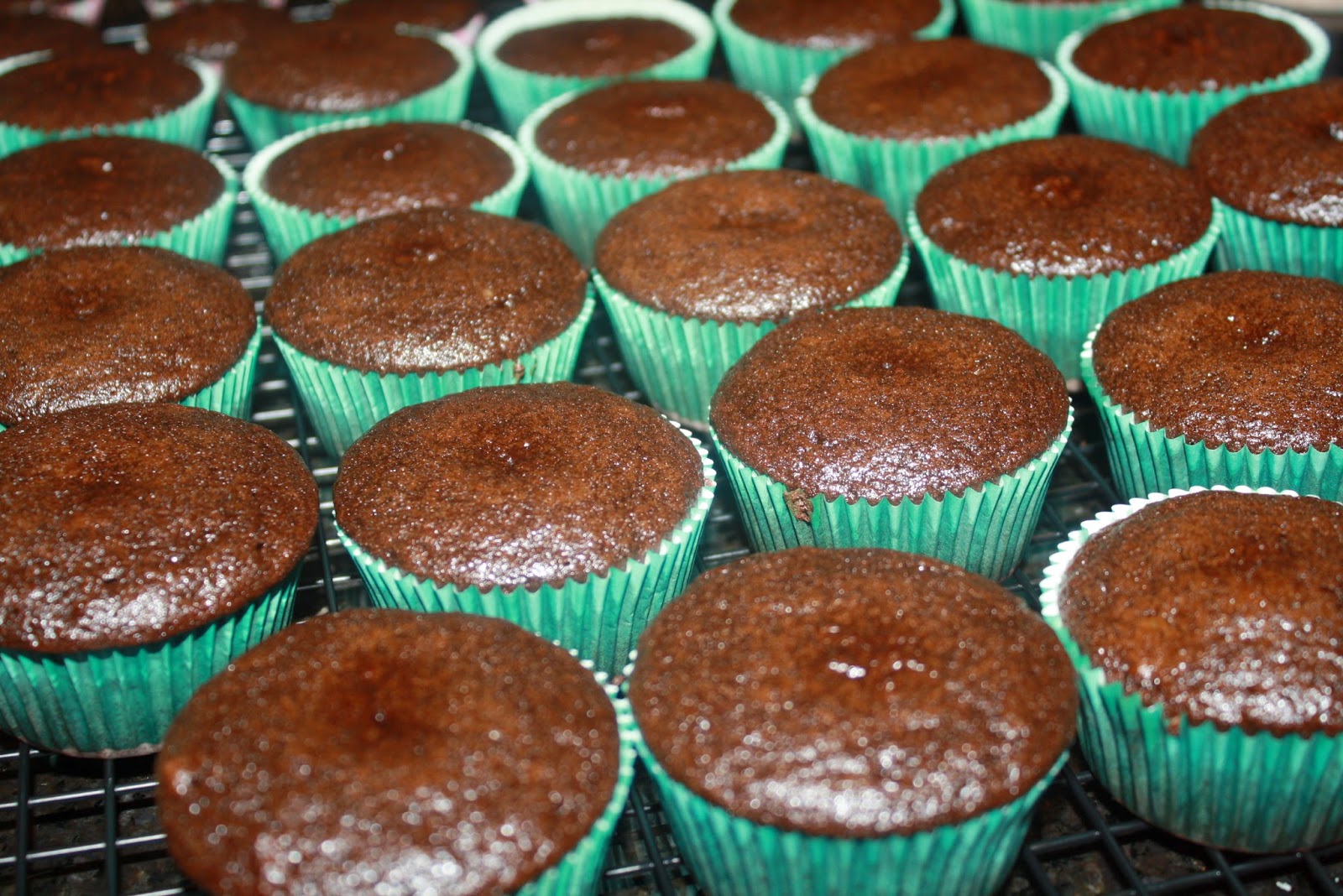 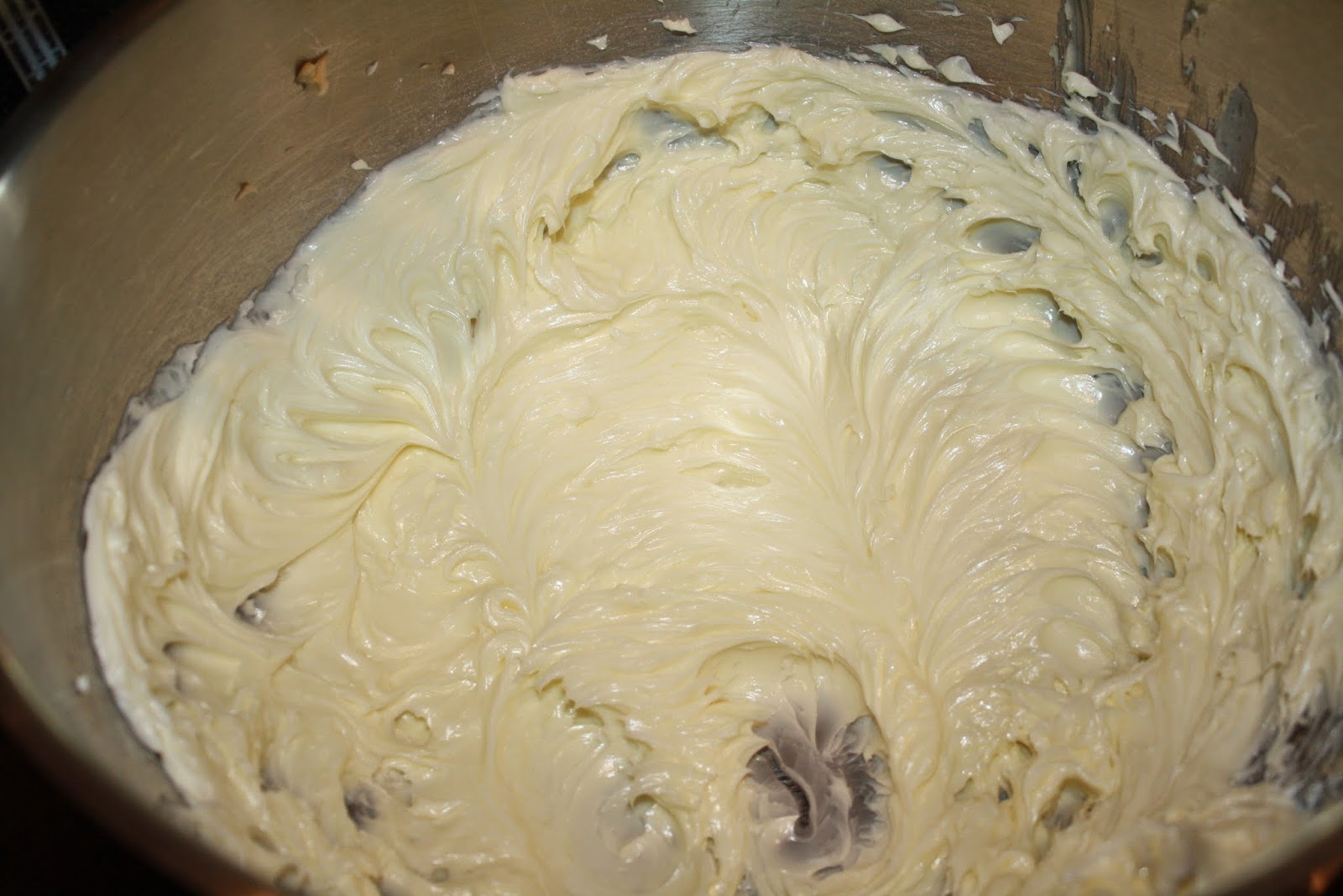 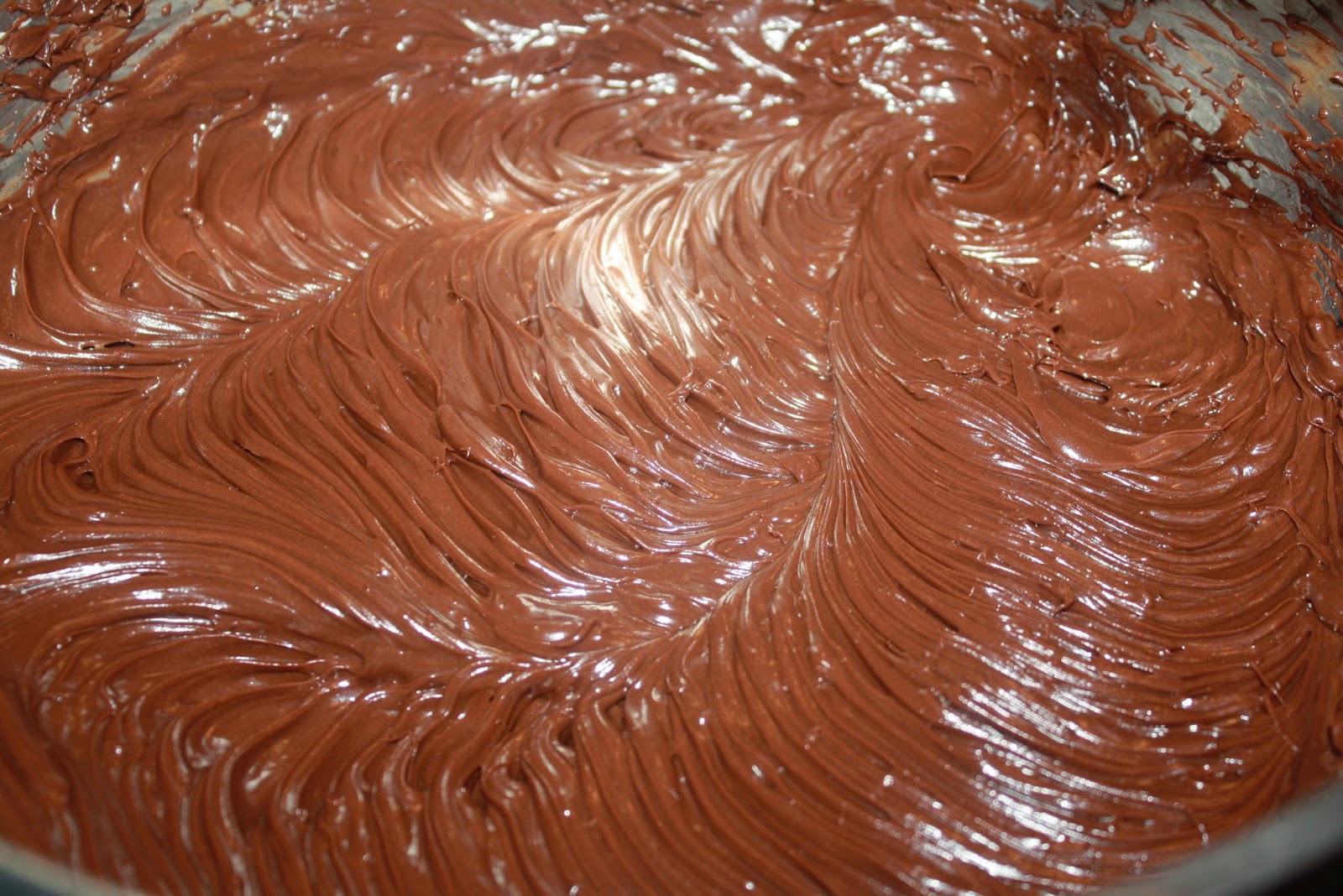 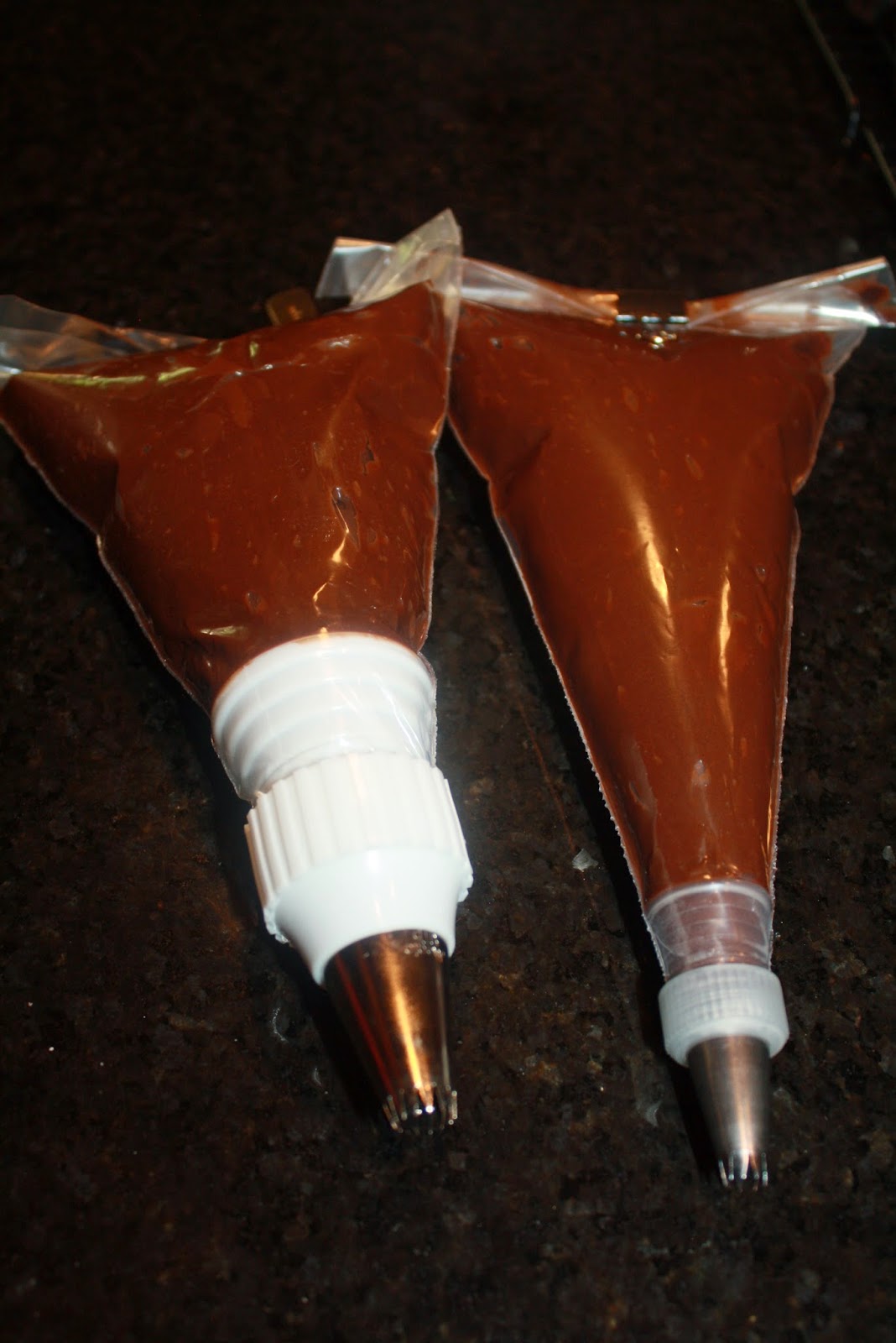 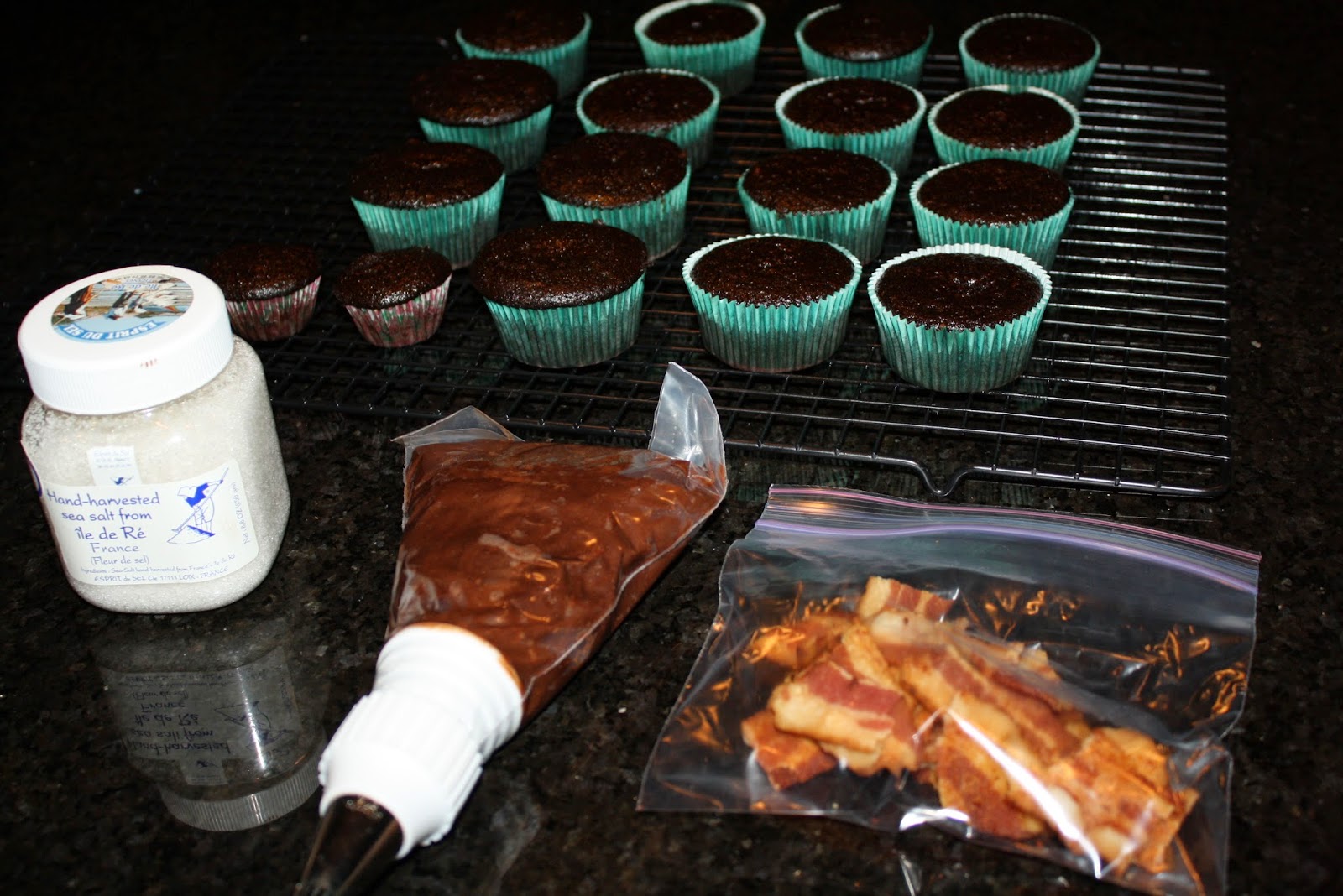 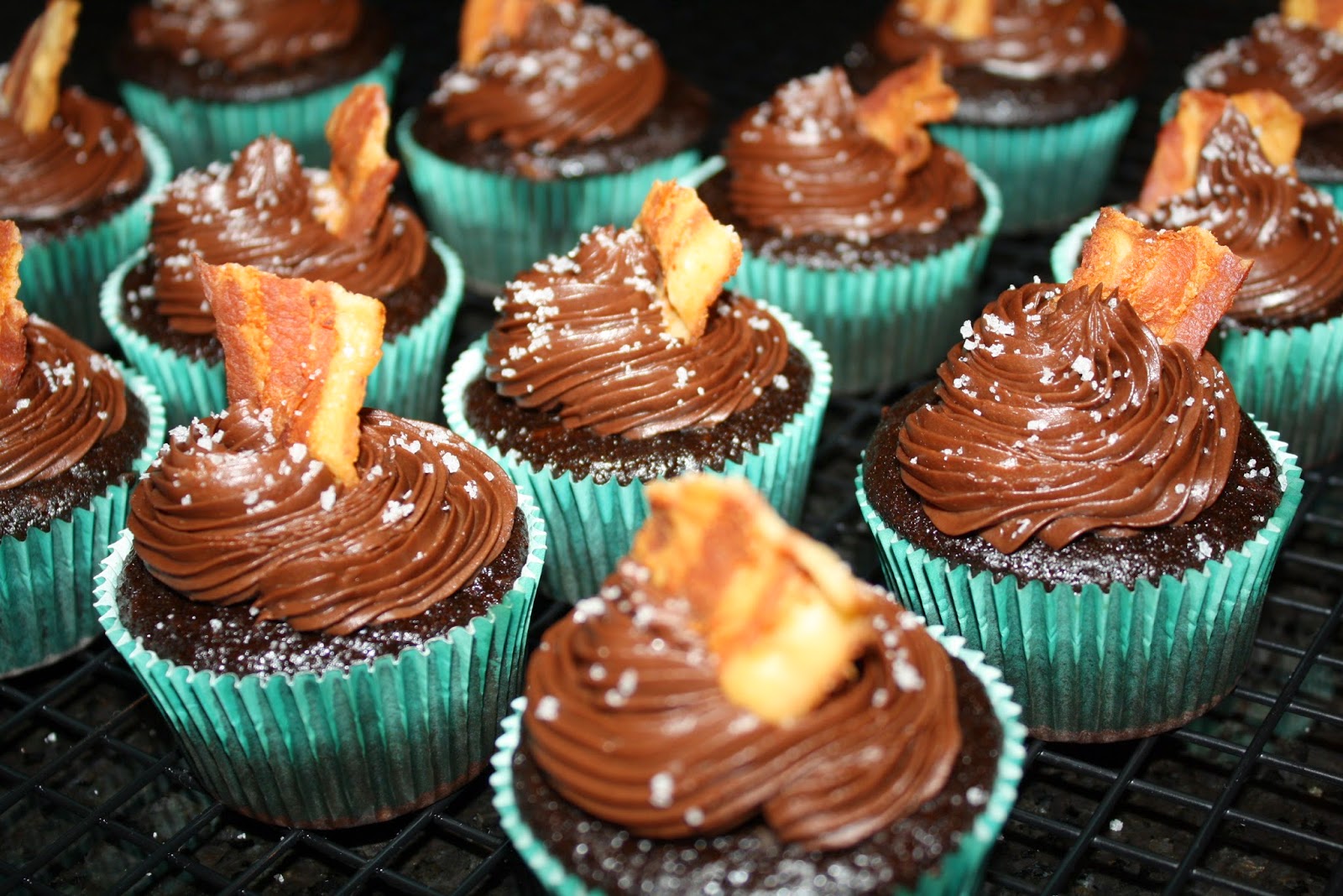 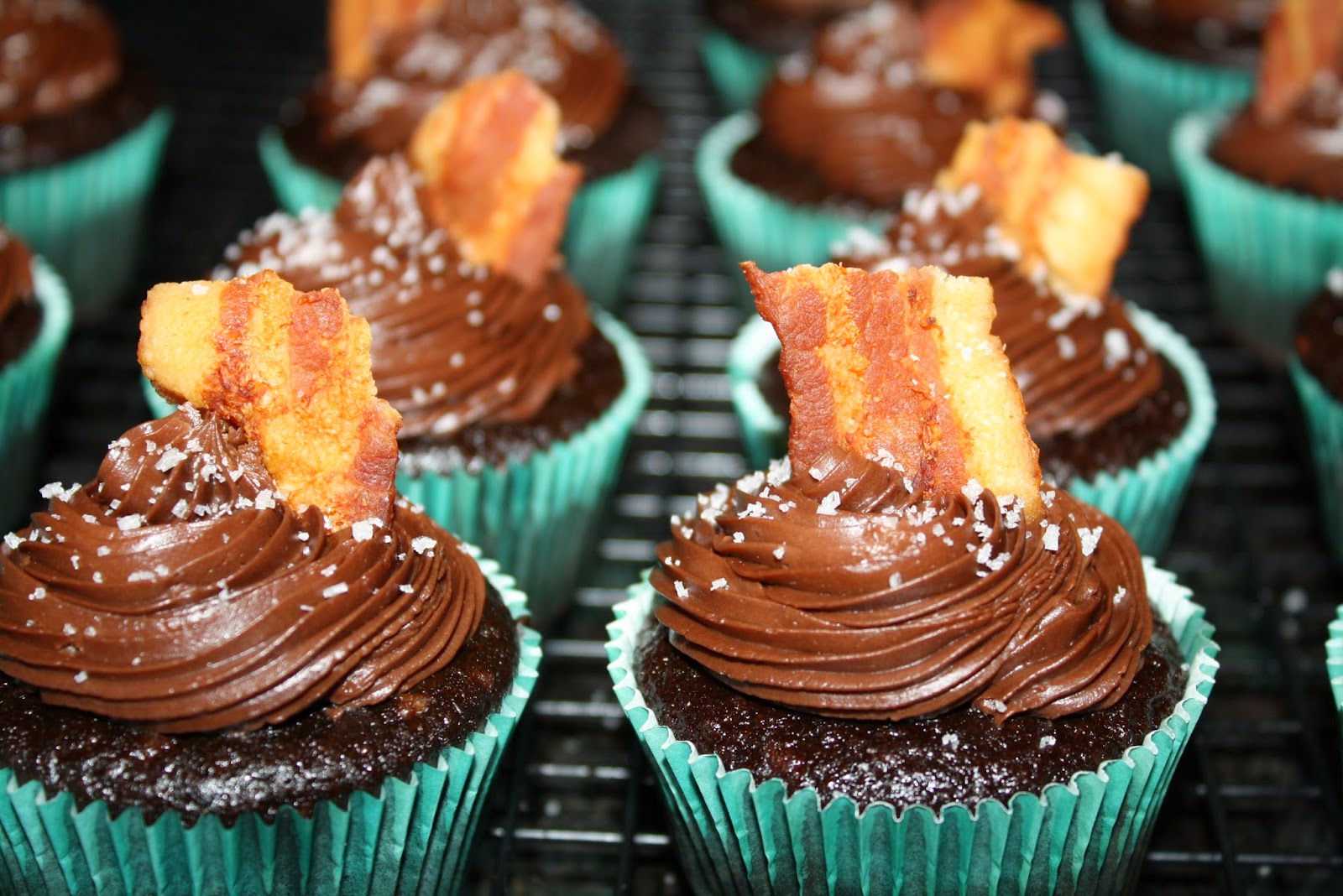 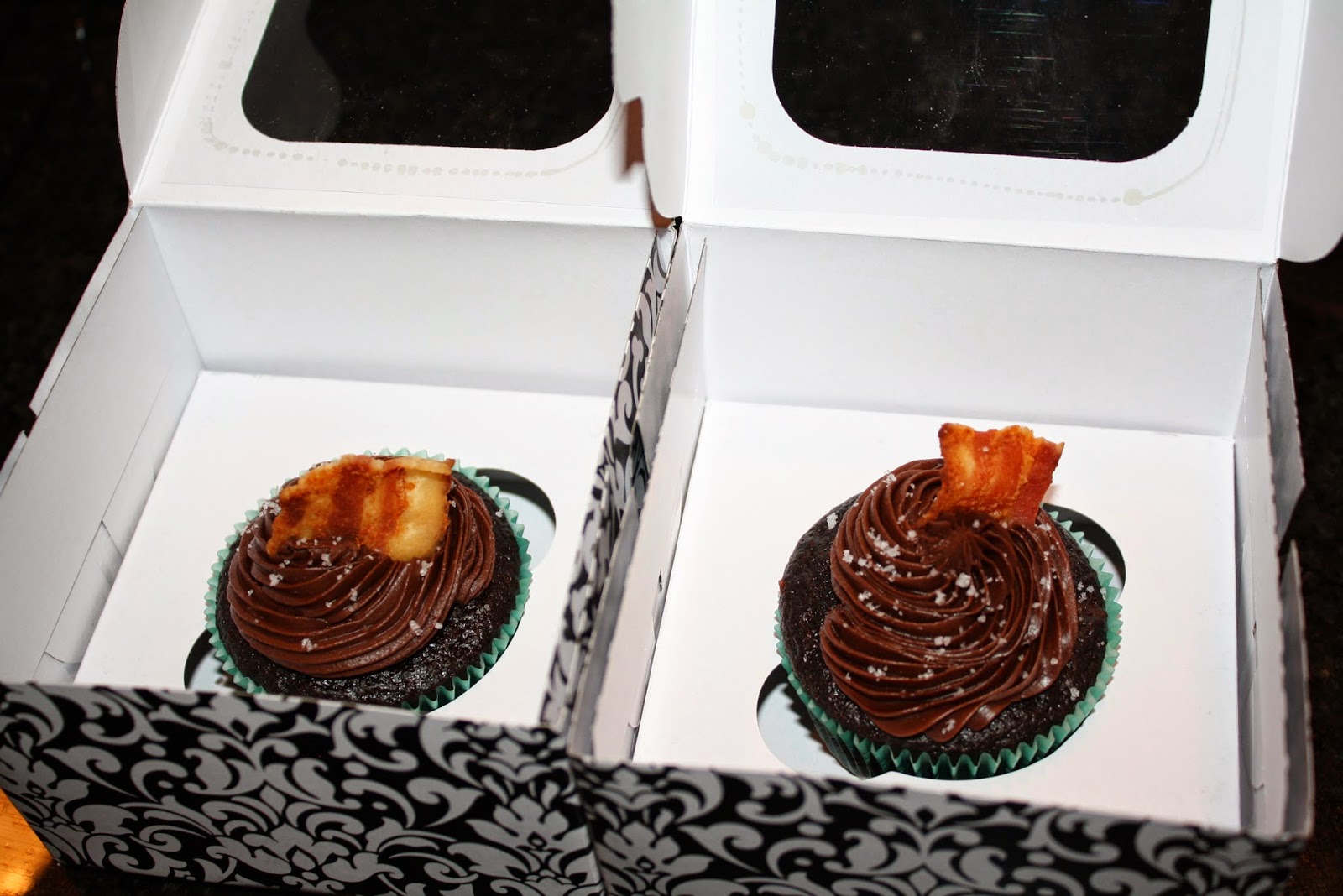 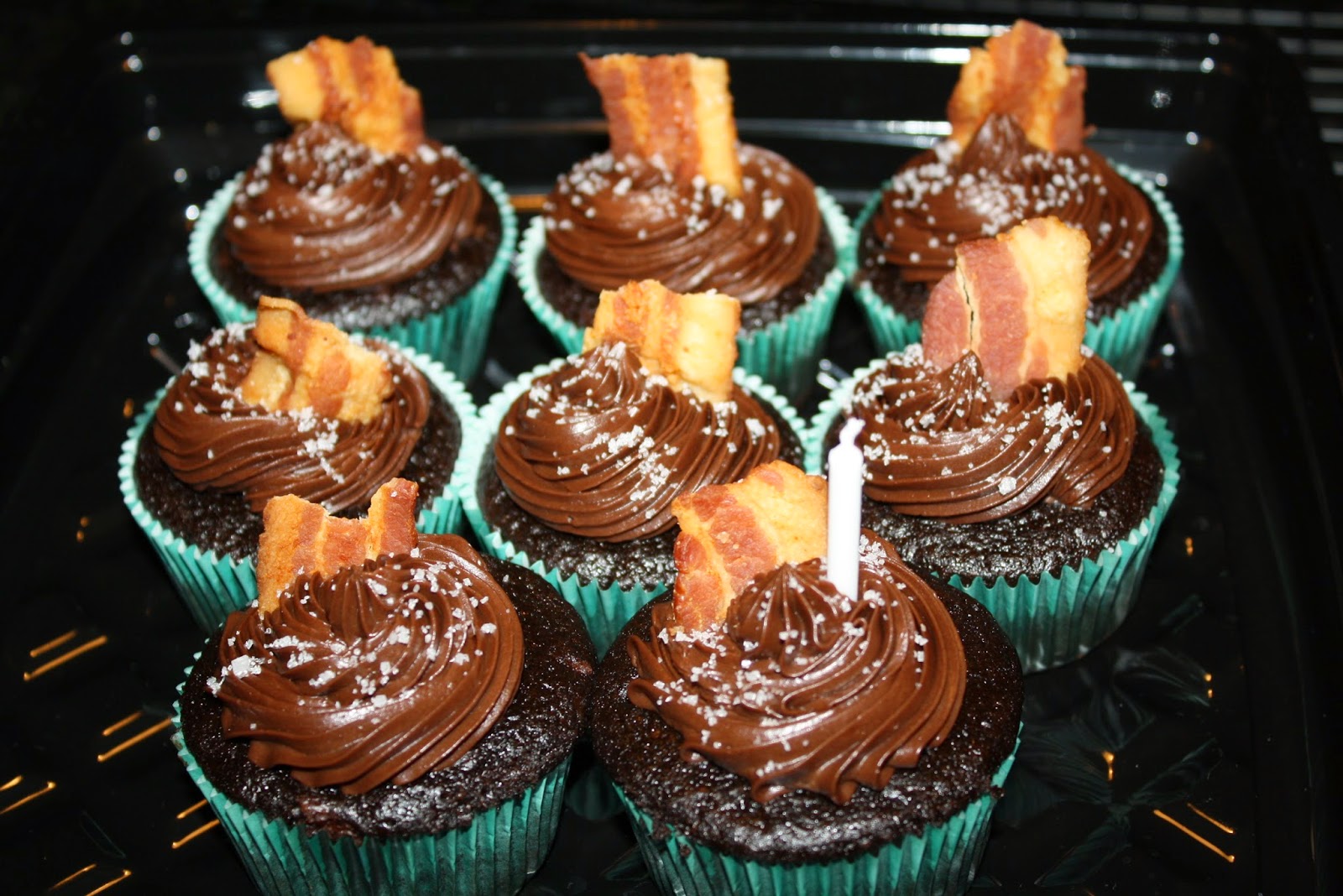 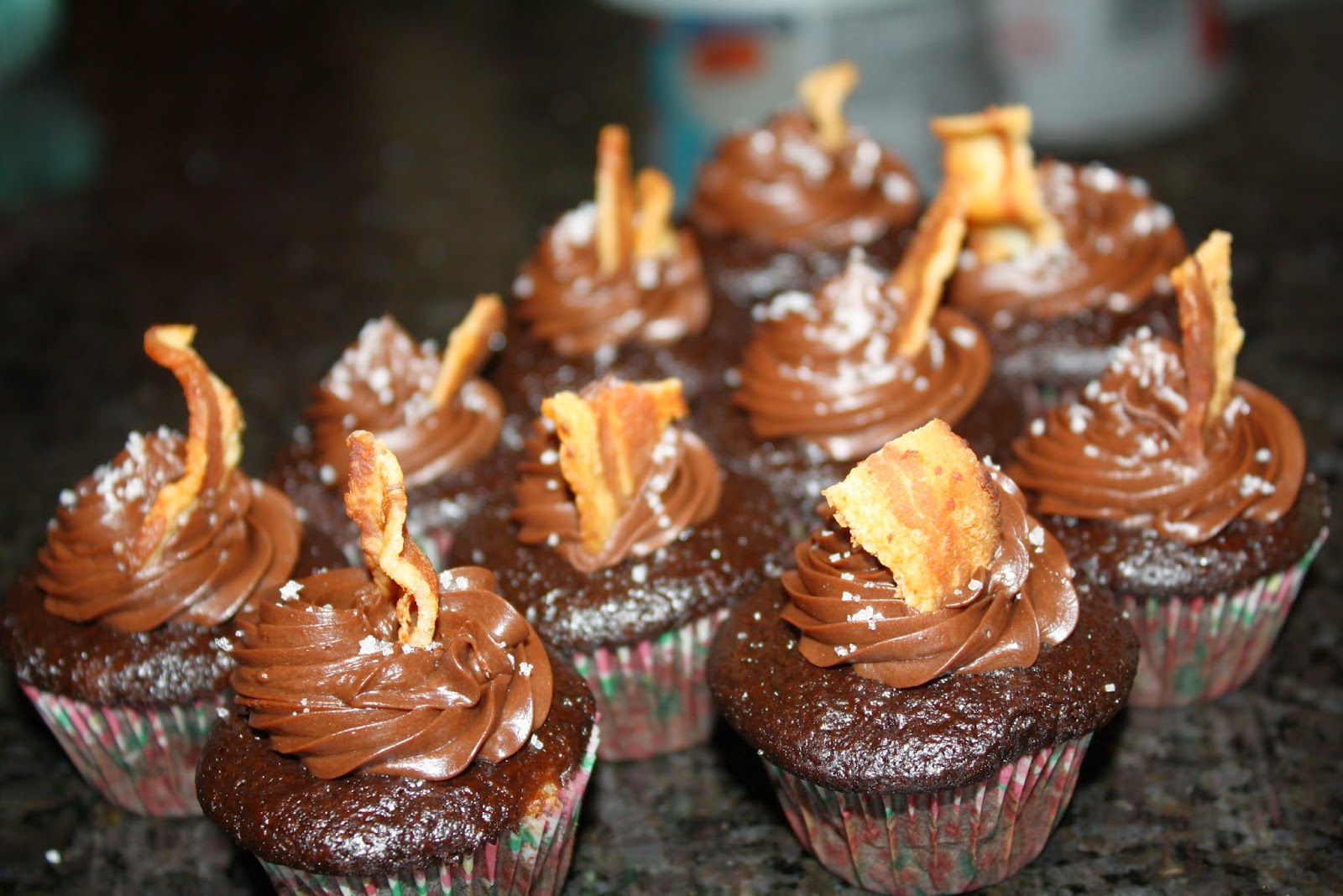 My mother in law saw a recipe in Allrecipes.com for Dark Chocolate Bacon Cupcakes. She pulled out the page and gave it to me. My husband’s best friend’s birthday was coming up as well as Easter so I figured I would attempt to make them with a few minor changes. Instead of making the coffee with pure water I added in 1/3 cup of Jack Daniel’s Whiskey because that is the most loved liquor by my husband’s BFF. I also opted out of sprinkling the tops of the cupcakes with additional cocoa and instead used fleur de sel salt.
Yields: 24 extra-large cupcakes or 24 normal sized cupcakes and 12 mini cupcakes
Cupcake Batter Ingredients:
10-12 slices of thick cut bacon (Naturally Hickory Smoked)
2 cups all-purpose flour
¾ cup unsweetened cocoa
2 cups white sugar
2 tsp. baking soda
1 tsp. baking powder
½ tsp. sea salt or kosher salt
2 large eggs
¾ cup water + 1/3 cup Jack Daniel’s Whiskey ( 1 full cup of water if not using JD)
2 Tbsp. strong coffee grounds
1 cup buttermilk
½ cup vegetable oil
Optional: Fleur de Sel Salt
Optional: 1 tablespoon unsweetened cocoa
Cupcake Directions:
Make your coffee: I did mine over the stove combining ¾ cup water + 1/3 cup Jack Daniel’s Whiskey and 2 TBSP. of Café Du Monde coffee. Heat over stove on medium-high heat for a few minute to nearly cook out the liquor. Pour coffee into a one cup measuring cup and set in the freezer to chill until ready to use
Preheat oven to 375 degrees
Line two (12-cup) muffin tins with cupcake liners and one (12-cup) mini-muffin tin with cupcake liners
In a large deep skillet cook all your bacon over medium-high heat until crispy but not burned (you may want to use two skillets to do 6 slices in each at the same time so they are not crammed)
You will use 6-8 slices of bacon to crumble into tiny pieces for the batter and you will reserve (save) 3-4 slices to use for toppings on each cupcake. I broke up 3 slices ahead of time and placed them in a baggy to top the cupcakes later so that I knew I had enough for 36 cupcakes
In a large bowl, stir together flour, ¾ cup of the cocoa powder, the sugar, baking soda, baking poser, and salt. Make a deep hole in the center and pour in the eggs, one cup of cold strong coffee, buttermilk, and oil – Stir with a spoon until just blended
Mix in roughly ½ cup or more depending on how much bacon you want to taste in each bite and stir completely into the batter leaving you with only a few slices of bacon leftover
Spoon batter into each paper cupcake liner about halfway full, a little more if you like them to come over the edges
Place cupcakes in the preheated oven and bake until the tops spring back when lightly pressed only taking 18-23 minutes to cook entirely. Don’t cook too long, they do continue to cook out of the oven (mini cupcakes will be done a lot earlier – keep your eye on them)
Place hot cupcakes individually on a wire rack to cool. Store in large Ziploc baggies until ready to use or make your frosting and serve immediately
Frosting Ingredients:
½ cup plus 1 tablespoon unsweetened cocoa powder
½ cup plus 1 tablespoon boiling water
2 – ¼ (4.5 sticks) unsalted butter, room temperature
¼ cup powdered sugar
¼ tsp. salt
1 ½ pounds best-quality semisweet chocolate (I used 24 ounces of Ghirardelli Dark Melting Wafers found at Costco)
Frosting Directions:
Combine cocoa and boiling water, stirring until cocoa has dissolved
Melt your semisweet chocolate in a large microwavable bowl stirring every 30 seconds until completely smooth and melted
With an electric mixer on medium-high speed, beat the butter, powdered sugar, and salt until pale and fluffy. Reduce the speed to low and add melted chocolate. Let chocolate cool a little but not completely because you don’t want it to harden. Beat until combined scraping down sides as needed. Slowly add in the cocoa mixture and completely combine
Add your frosting into piping bags to frost your cupcakes. If you don’t have piping bags you can cut little tips off the edge of a Ziploc baggy or use a butter knife and spread the frosting on top of each cupcake
Decorate your cupcakes after frosting has been added.
Optional:  sprinkle on fleur de sel or sea salt on each cupcake as well as additional sprinkles of cocoa. We don’t like too much cocoa so I opted out of that. Place one small chuck of bacon in the center of each cupcake.
We enjoy our cupcakes cold so we chilled the cupcakes overnight in sealed containers so they keep their form and easy to transport to a party
Additional Frosting Recipe:
http://neighborchicks.blogspot.com/2014/03/ghirardelli-chocolate-cake-frosting.html
Inspired by:
http://allrecipes.com/recipe/dark-chocolate-bacon-cupcakes/
http://www.marthastewart.com/355400/dark-chocolate-frosting