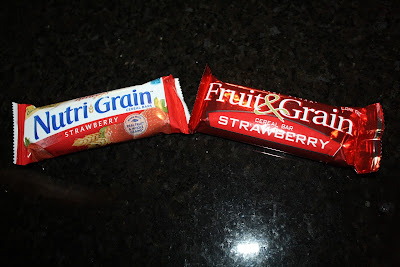 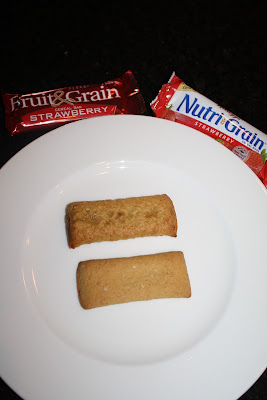 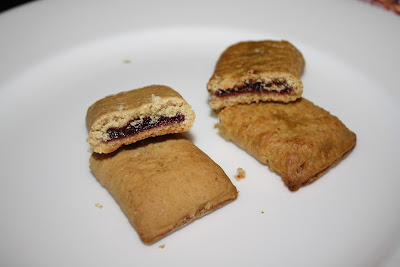 We buy Kellogg’s® Nutri·Grain® Cereal Bars from the grocery store as snacks for when we ride dirt bikes. Depending on when they go on sale because they do cost $4.19 per box ($0.70 cents per bar). When they are not on sale I grab a box of the Fruit & Grain which is the Albertson’s generic version of the Nutri-Grain cereal bar. My husband made a comment about how much he liked the Kellogg’s bars. I asked if he could tell the difference and he wasn’t sure. I love blind taste tests. I bought strawberry Nutri-Grain and strawberry Fruit & Grain, cut them in half and put them both on a plate. We  both looked at them on the plate. Clearly a difference in the color and crust. We both took bites out of each one. I ask him which one he liked the best and he pointed to the Kellogg’s Nutri-Grain bar. He says “WAY Better!” I told him that the Kellogg’s brand is $1.20 more per box, basically $0.20 cents more per bar. Doesn’t matter, he wants only the Nutri-Grain moving forward. Costco sometimes has them available as well. I just wanted to share with everyone that there is a difference in taste. The Fruit & Grain are more blan and dry.
http://www.nutrigrain.com/