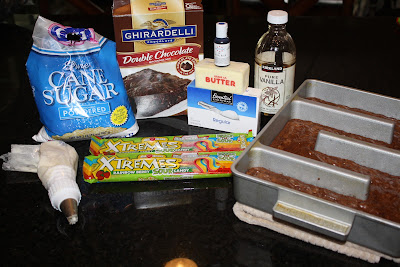 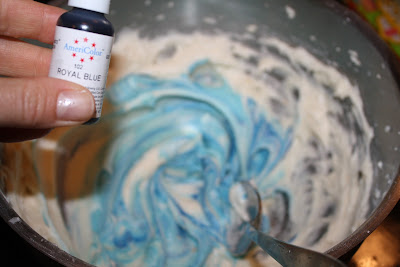 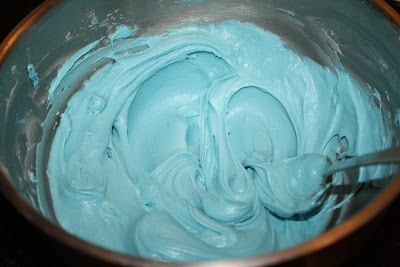 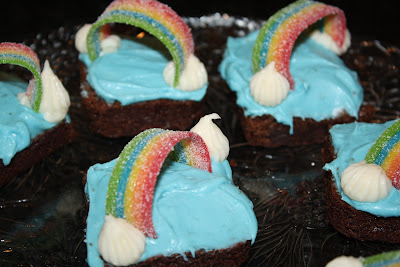 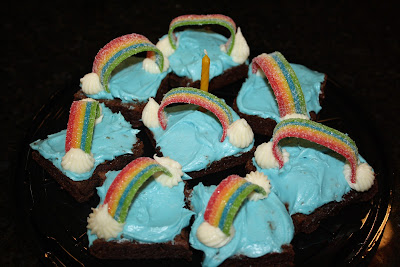 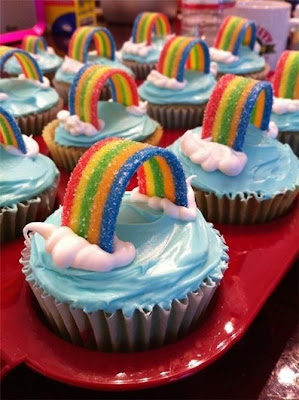 I saw these super cute cupcakes on Pinterest made by Day Dream Kitchen. They made them on cupcakes so I decided to make them on brownies for a friend’s birthday. They came out super cute.
Ingredients:
One box of Ghiradelli brownie mix or cupcake mix
Favorite cream cheese frosting recipe (see below) or buy 2 tubs of cream cheese frosting already made from grocery store
1-2 packages of XTREMES Rainbow Berry Sour Candy by Air Heads (Walgreens)
Directions:
Bake your cupcakes or brownies and let them completely cool before adding cream cheese frosting
Whip up your frosting and save ½ cup to create the “white clouds”
Use the remaining frosting and add in a couple drops of blue coloring gel to the frosting to create the “blue sky”
Once cupcakes/brownies are cool, spread the blue sky frosting all along the top of each
Use a piping bag and tip to make a couple white clouds on two ends of the baked goodies
Cut strips off the sour candy and shuve them into the white cloud frosting or do the strip first and the clouds on top of the ends of the candy.
Indulge! The kids will love these cute little treats.
Rainbow Cupcakes inspired by:
http://www.daydreamkitchen.com/2012/09/rainbow-cupcakes/
BEST Cream Cheese Frosting recipe:
http://neighborchicks.blogspot.com/2011/11/paula-deens-best-ever-carrot-cake.html