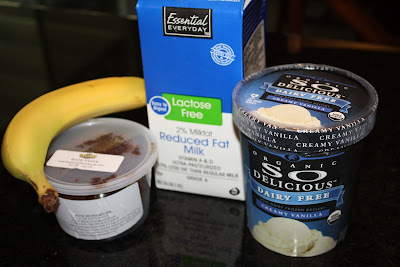 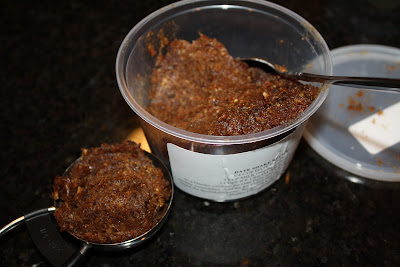 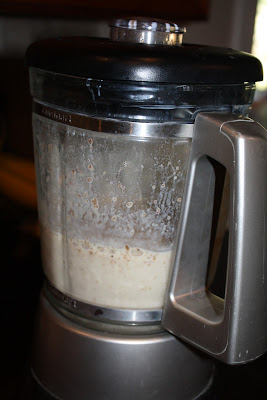 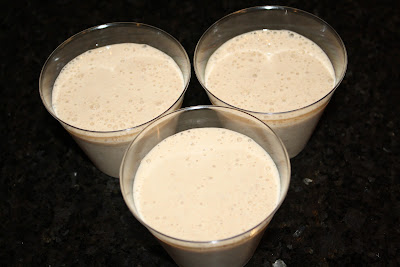 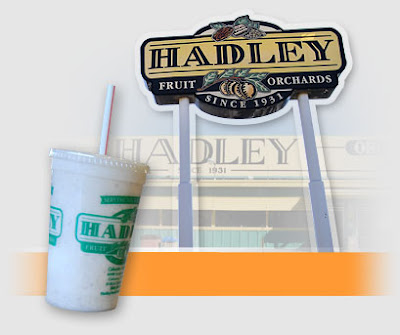 I’ve been going to Hadley’s Fruit Orchard farm since I was a little girl. My parents would take me to Palm Springs to get on the aerial tram and we would visit Hadley’s for date shakes and of course the Cabazon outlets years later and Morongo Casino & Hotel next door as well. Since I cover the desert for work, I try to stop at Hadley’s a few times a year to pick up date paste. My last visit to Hadley’s I met the General Manager who gave me free coupons for a free date shake. I walked over and started talking to the staff. They showed me some secrets to the consistency of the dates and milk before you add in the ice cream. Blend it well, you want it cream and all blended is the key. I’ve always wanted to attempt these and I finally did. You can also use a lactose free version. And per my neighbor April, they sell cooking dates at Super King Market as well.
Ingredients:
Instructions:
In a blender, combine cooking dates with 1/4 cup of the milk. Blend to a creamy consistency.
Add ice cream and the rest of the milk and blend to desired thickness. Serves 3.
Notes:
Try adding a ripe banana for a different taste. Either way, Hadley’s Date Shakes are delicious!
Inspired by:
http://www.hadleyfruitorchards.com/hadleys-world-famous-date-shake
48980 Seminole Dr., Cabazon, CA 92230-2112
Phone: (800) 854-5655
History:
Hadley Fruit Orchards was founded by Paul and Peggy Hadley in 1931 in Banning, California. Their neighbors were the Morongo Band of Mission Indians. According to members of the Morongo tribe, Paul Hadley often provided tribal members with fruit and dates, fostering a rapport with Hadley Fruit Orchards that remains to this day.

The Hadley’s fruit and nut business prospered until 1951, when a fire burned down their warehouse, wiping out $70,000 in inventory and 20 years of hard work. Under-insured but determined to recover, the couple began selling their products from a roadside stand. To attract customers to the remote location, Paul bought slabs of lumber, painted signs in bright colors and set out to find neighbors and other property owners along the highway who would allow him to put up his homemade billboards. Thanks to the high quality of his merchandise and a tremendous amount of hard work, the single roadside stand not only recovered, but also prospered, eventually selling more dates, nuts, grapefruit and other products most wholesalers.

As the number of customers increased, so did the variety of merchandise. The Hadleys added natural fruit, butters and jams, cereals and grains, candies, family kitchen bakery goods, vitamins, and their own selection of wine from organically grown grapes. When Paul became dissatisfied with the quality of dates he could buy, he purchased five date orchards and grew his own. Commercially made cereals didn’t meet his high standard so he bought his own puffed grain operation. When he couldn’t buy enough honey from local honey houses, he built his own. By the 1970’s, Paul estimated that he sold a ton of honey everyday.
Seeing a need for a nutritious snack food to sustain hikers in the neighboring San Jacinto Mountains, Paul Hadley originated the widely imitated “trail mix”. It contained a delightful blend of fruit, nuts and seeds high in fiber, protein and natural sugar. Because of the trail mix’s extreme popularity, at least a dozen additional snack items were developed.

An instinctive master merchandiser, Paul Hadley understood that the handmade signs, generous free samples, rustic displays and helpful employees provided the best environment in which to sell wholesale food. Enormous volume allowed the Hadleys to sell top quality products at moderate prices. The rustic stand eventually became the largest store of its type in the country and developed into a multi-million dollar retail and catalog business.

Today, Hadley Fruit Orchards continues its commitment to excellence under new ownership. In July of 1999, the Morongo Band of Mission Indians bought the Hadley Fruit Orchard stores and mail order business. The purchase not only kept the stores locally owned, but expanded upon a relationship that had spanned more than six decades.