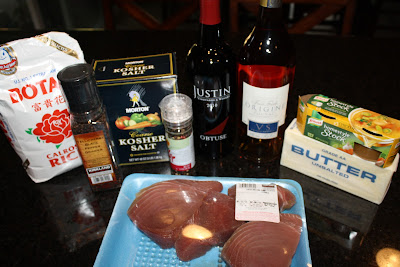 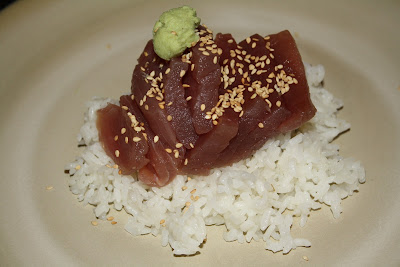 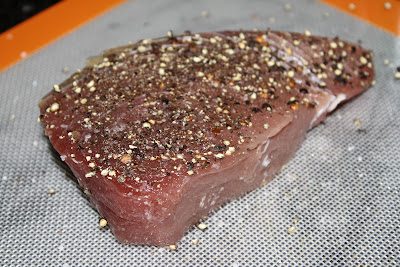 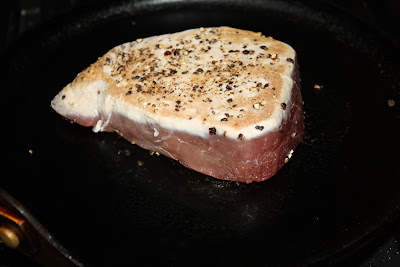 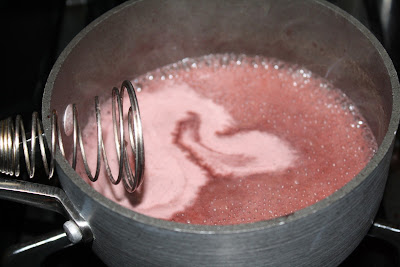 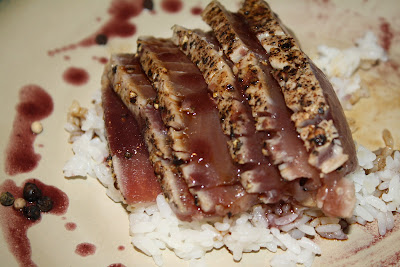 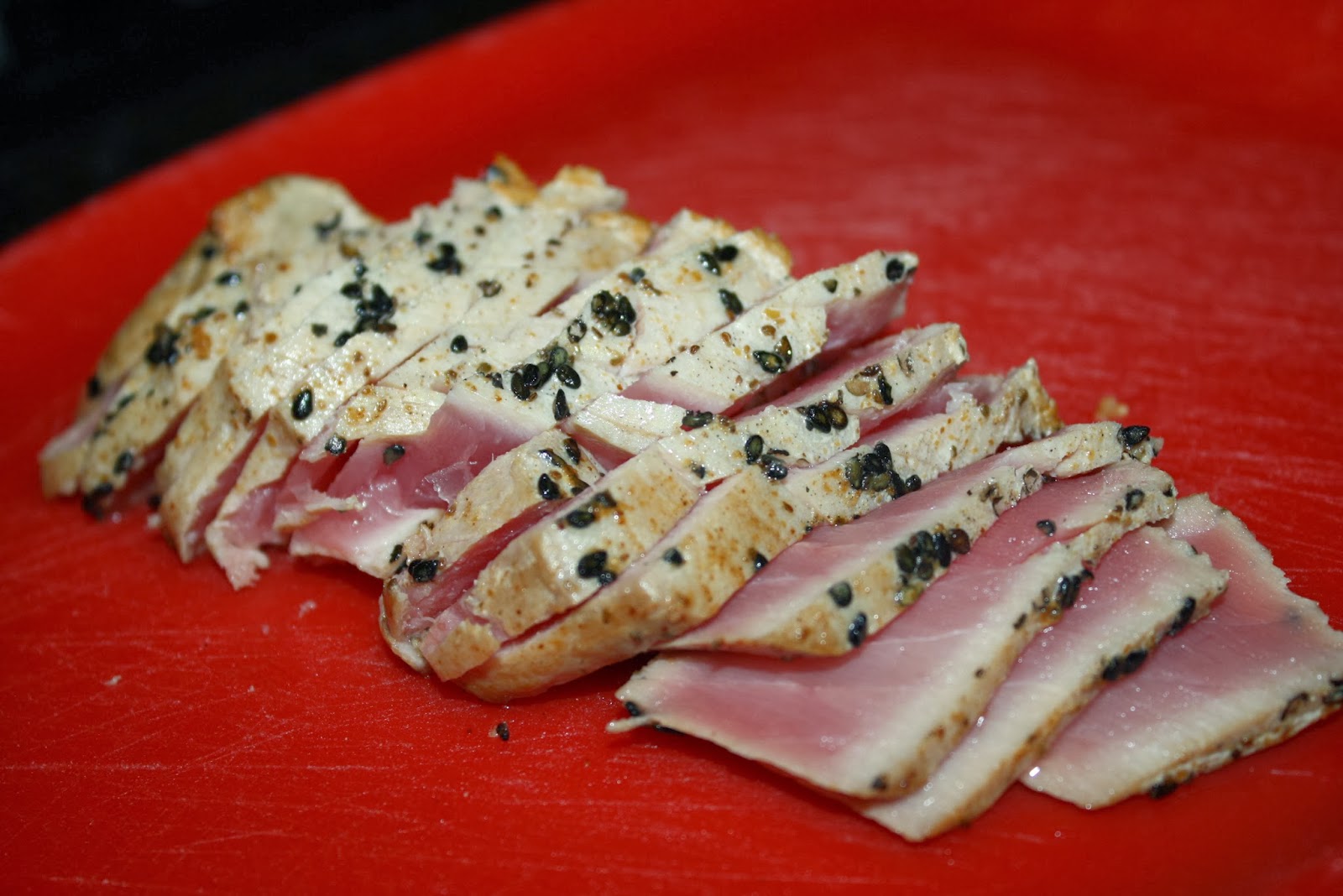 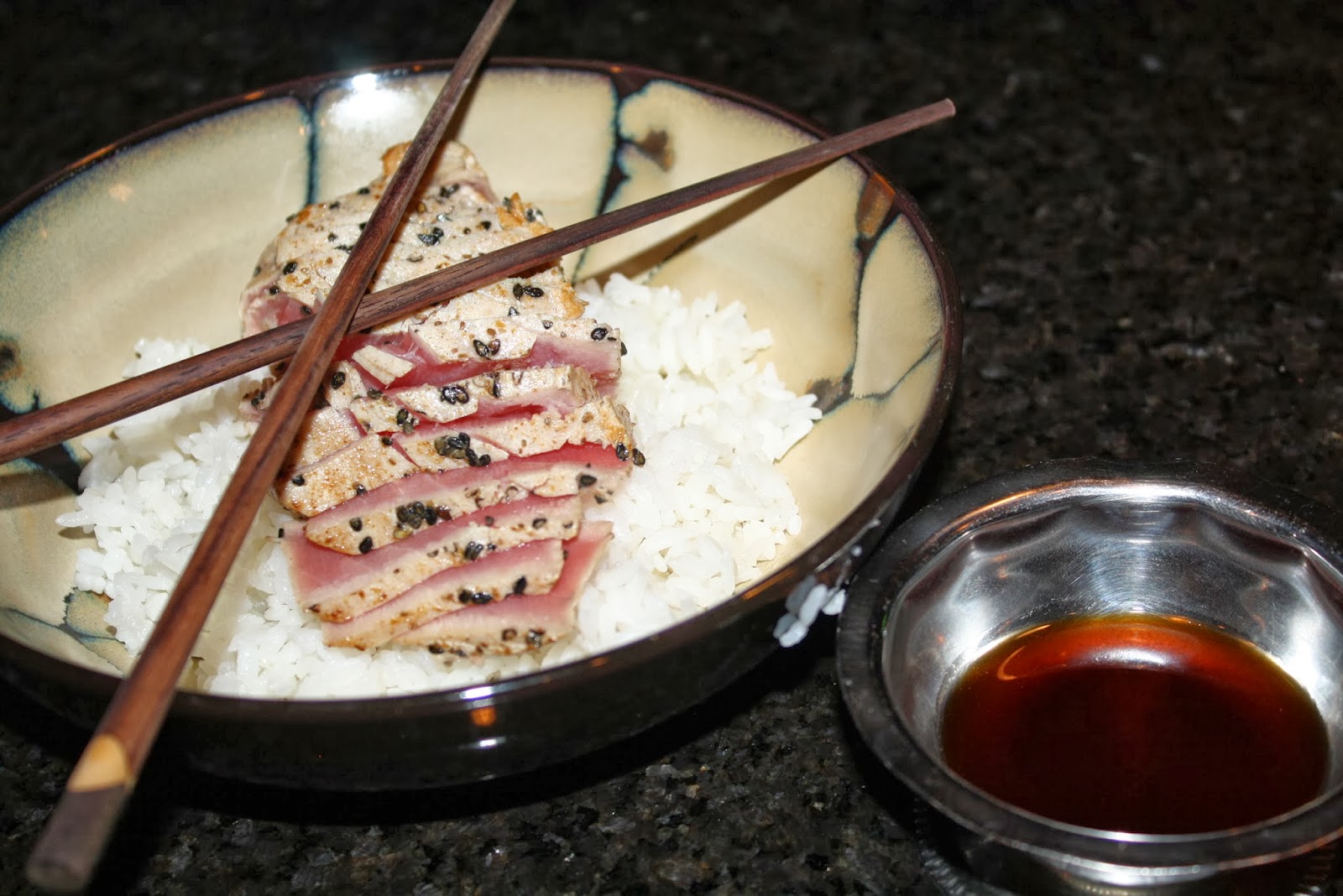 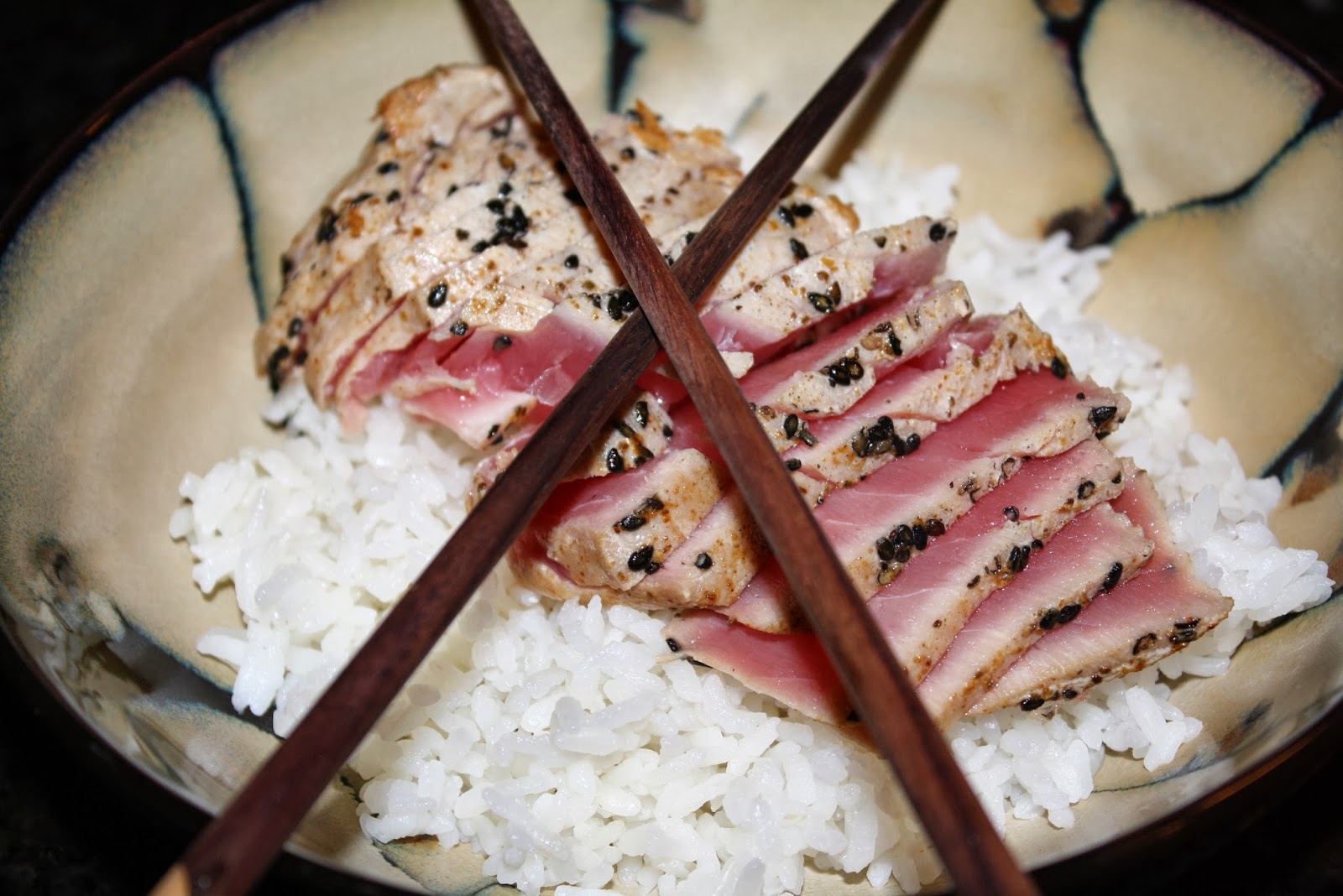 Costco sells Fresh wild Ahi Tuna about once per week around December, January, and February. You can enjoy this tuna raw as sashimi or lightly sear it to create a seared tuna steak. Confirm with the meat department that it is edible raw before purchasing. It runs about $13.99 per pound and it’s just as good if not better than the Ahi tuna at sushi restaurants.
Ingredients:
4 tuna steaks, 4-6 ounces each (let stand to almost room temperature)

2 teaspoons of cracked green and/or red peppercorns
Instructions:
Presentation:
Spoon a little sauce in the center of each of four plates. Arrange one sliced tuna steak on the sauce and garnish with the green peppercorns. Serve immediately.
Wine Recommendation:
I like something big and flavorful to accompany tuna and I’d look for a Californian Cabernet Sauvignon such as JUSTIN Cabernet from Paso Robles. For something a little more unusual think about a Pinot Noir from Chalone or Au Bon Climat. All these wines are affordable and represent good value.
Inspired by Wolfgang Puck: http://www.wolfgangpuck.com/recipes/view/4226/Seared-Tuna-Steak-au-Poivre

Heat a skillet on high heat and with a large fork sear all sides of the tuna for about 30-45 seconds.

Slice into thin slivers and serve atop steamed calrose white rice with a side of soy sauce or ponzu sauce for dipping.